Happy birthday to A Taste of Koko

“And in the end, it’s not the years in your life that count. It’s the life in your years.” 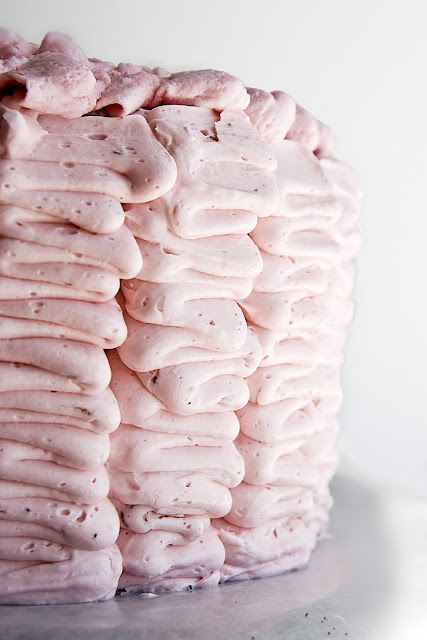 Can you believe it? It’s been one year since I started up A Taste of Koko.

Exactly one year ago, I was still struggling with Blogger and the art of mastering good food photography with my Sony cybershot. A month later I bit the bullet and invested in the Canon XTI dslr and then soon followed the Tamron lens that cost just as much as the dslr. But there was no going back. I was obsessed. Obsessed with food, food pornography, different cuisines and the people who made the food. 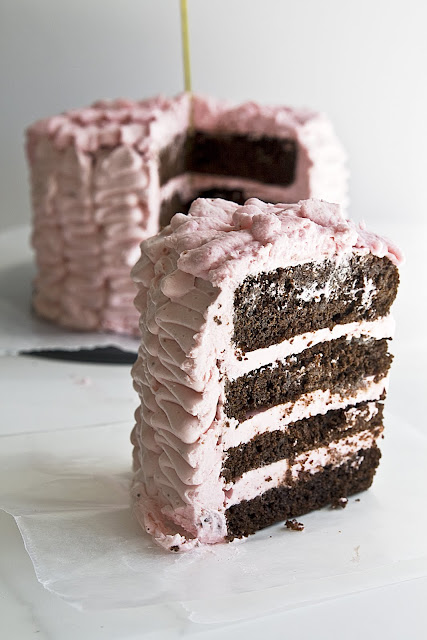 Looking back now, I honestly don’t know how I did it. A few words of encouragement for those who want to follow in the food blogging path.. don’t give up. Ignore those who don’t support you. You’re doing this for yourself, not them. And don’t feel pressured to conform to complex recipes or fancy pictures. Starting up is always the hardest but soon after that, just ride the wave! 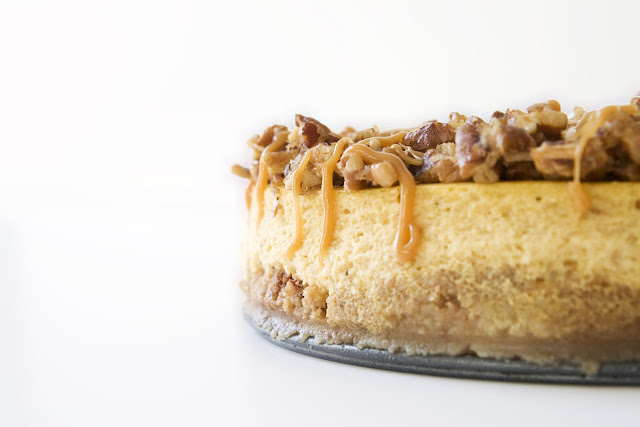 I kicked off A Taste of Koko with a original recipe called How to Make a Koko. Then followed a weekend when I cooked with Julie Child which included the famous beef bourguignon, which I would like to revisit in the near future. 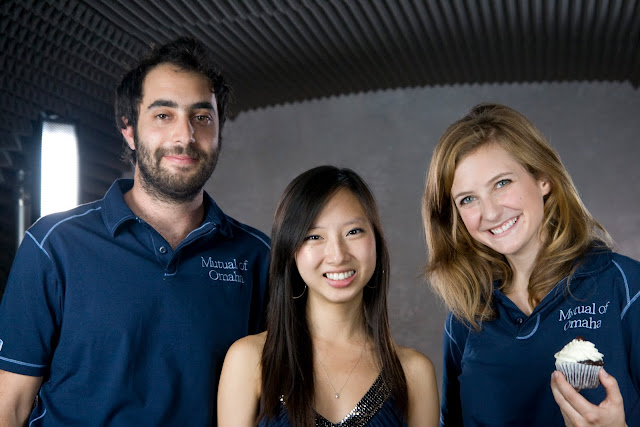 About 2 months in, I was interviewed by the Mutual of Omaha to share my Aha Moment through the Aha Moments Campaign. It’s rather funny when I think about it because I use to always hear people use ‘aha moment’ as an example of having a moment of clarity. But I was given the chance to share my Aha Moment nationally. I truly have to thank the Mutual of Omaha for giving me this blessed moment and for supporting me this early on. Watch my moment here!

I was reluctant to leave Austin for Taiwan for the summer but I’m glad I did because the food is incredible. While interning at Taipei Medical University I spent a lot of time jumping MRT trains and discovering small roads, which led to small alleys where I found the best restaurants. Even though I’m a sucker for classy restaurants, street food is where it’s at. There’s nothing better than a bag of freshly fried stinky tofu or freshly shaved ice dessert. Oh man.. don’t even get me started on the fruit. Seriously.. fruit should not be allowed to grow to those sizes. The mangoes are 3 times the size of the ones in the U.S. The craziest thing I’d have to say I had in Taiwan was the 7 shots of snake: snake blood, bile, venom, ect… I’ll stop right there before I lose a couple of readers. But if anyone is interested in hearing about the experience, I’ll write a post on it. 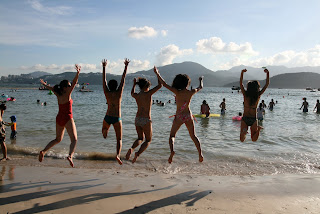 I did take off to Hong Kong for a weekend for my 21st birthday. Even though I got a total of 12 hours of sleep for the 3 days, I hardly remember half of the trip… The highlights would be having my birthday dinner at the only rotating restaurant in the Hong Kong skyline, going into a bar made entirely of ice, swimming in the shark infested waters of Sai Kung (netted in of course) and eating pissing shrimp. [I haven’t written posts -.- I’m terribly behind, sorry!]

The most exciting events this year would have to be meeting the prestigious chefs and owners of restaurants/food trucks.

Big shout out to Chef Josh Watkins over at The Carillon, you’re doing some fabulous work. And to his sous chef, Andrew, for his amazing pork belly.

Hats off to Chef Tyson Cole of Uchi and Uchiko who has brought a new level to Japanese cuisine. Congratulations to the debut of your cookbook. I was lucky enough to meet the head sushi of Uchi, Masa, and the executive pastry chef, Philip Speer. Hearing that Chef Speer has read my blog makes me blush!

Another shout out to Eric Silverstein of The Peached Tortilla and the boys at Coreanos.

I’m wrapping up the end of A Taste of Koko’s first year with Austin Bakes and Basil. It’s exciting for A Taste of Koko to reach it’s first year with 90 posts. With a fresh near year ahead of me, I’m starting off with a new business. Details will be coming soon since everything is still in the works. The new business did make it’s first appearance in a fundraiser for Japan through Austin Bakes where I made over 100 macarons raising $200 in Austin and $100 through an online auction. A box of my macarons sold for $100!

And then there is Basil. Not the herb, the puppy. My first puppy. He’s added an entirely different level to photo shoots.

Oh, oh! I almost forgot, Ghirardelli is featuring me on their website once a month for being a sweet site. Yeh yuh 🙂

Now a birthday party wouldn’t be the same without a birthday cake and gifts right? I want to give away some gifts to you guys, my readers, who drive to keep eating (well I would anyway :D), writing and photographing. I struggled with what I should give away.. I finally decided on treating 5 of you guys to a meal on me. Well, sort of. I will be giving away five $25 Restaurant.com gift certificates to the restaurant of your choice. 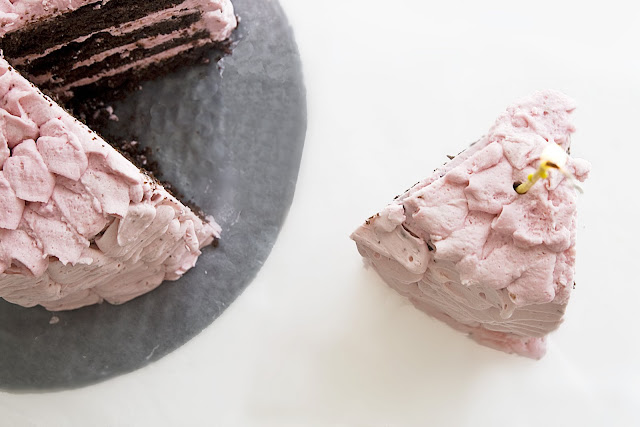 $25 Restaurant.com gift certificate to the restaurant of your choice
How to enter

To enter, do any/or all of the following. Each counts as one entry. Thus the more entry options you do, the greater chance of winning! Please leave you email so I can get in contact with you. This giveaway is open worldwide and winners will be chosen by the Random number generator. The winner within 48 hours. This giveaway will end at midnight on June 1st, 2011. 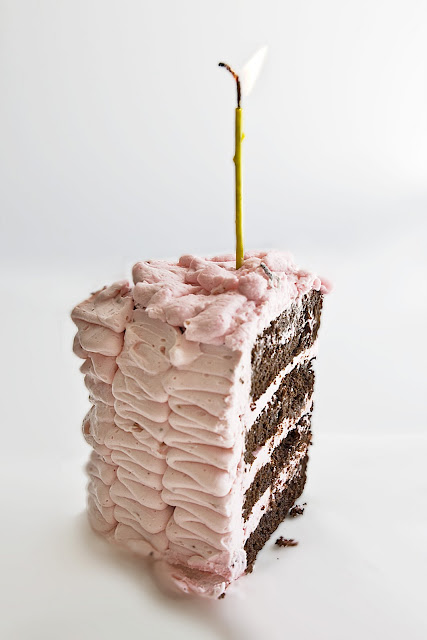 Thank you for celebrating A Taste of Koko’s birthday!