Where The Celebs Eat In Austin For SXSW

While there was free food on every corner of downtown Austin at SXSW, you can be sure that’s not where the celebs were dining. Here’s where Andrew Zimmern, Jimmy Kimmel, Rachael Ray, Melissa McCarthy, and Eminem’s entourage ate at in Austin.

Where The Celebs Eat In Austin For SXSW “The four major food groups: pork, fatty brisket, lean brisket, turkey @franklinbbq just served me one of the best meals of my life. Thank you.” – David Chang, chef and owner of Momofuku. via Instagram. Andrew Zimmern, chef and host of “Bizarre Foods” on the Travel Channel, dined on Aaron Franklin’s ribs. via Instagram. And because there’s no such thing as too much barbecue, David Chang headed over to La Barbecue. Austin’s popular seafood and oyster bar on South Congress, Perla’s got a visit from TV host and comedian, Jimmy Kimmel. via Instagram The cast of Spy dined at Arro the night before their red carpet event at SXSW. I interviewed director Paul Feig, Melissa McCarthy, and Rose Byrne with Austin Food Magazine and they said they loved the food! 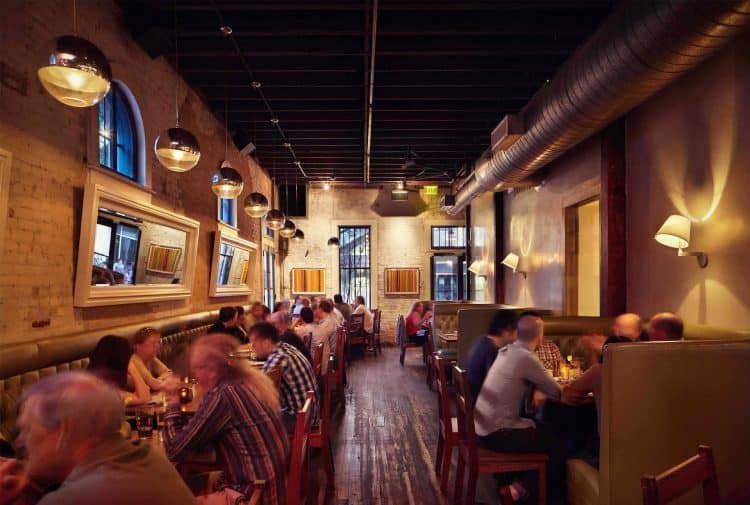 According to Do512, “Eminem’s entourage apparently ate dinner at Lamberts last night. Action Bronson has eaten there two days in a row.” Fashion designer Rebecca Minkoff stopped by Crepes Mille before brunching at South Congress Cafe. She was a featured panelist at Neiman Marcus’s Make Some Noise event on Rainey Street. Jimmy Kimmel reports that he gained 9 lbs after spending 8 days in Austin for SXSW. His Wall of Food features 36 different images ranging from pizza to pig’s heads to tacos and even steak.

“This is only a portion of the portions we had. Let’s play like a ‘Where’s Waldo?’ to see if you can spot a vegetable in the whole thing. This all went into us, Guillermo…The takeaway here is we’re lucky to be alive right now, we really are.” – via eonline. “I was very kindly invited to several fancypants dinners tonight at #SXSW but all I wanted was to get food truck tacos. #sorrynotsorry” – Eva Chen, via Instagram.

SXSW Guide: Where To Eat in Austin