In collaboration with Universal Studios Orlando. Thank you for supporting the brands that support A Taste of Koko!

There’s definitely more than 22 Instagrammable photo spots at Universal Studios Orlando but these are the best!

SEE ALSO: 6 Butterbeer Items You Need To Try At The Wizarding World Of Harry Potter 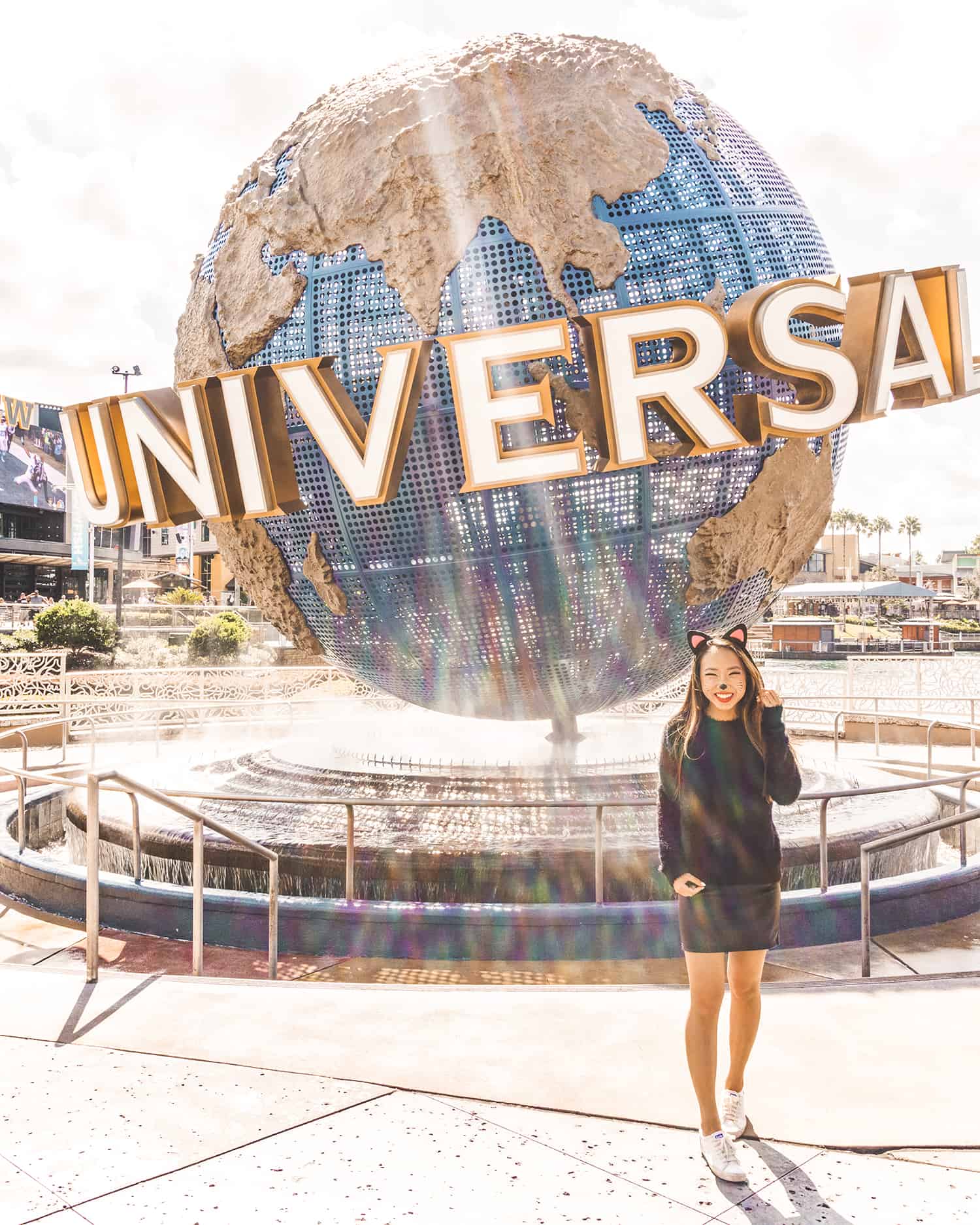 Start with getting a photo right in front of the Universal Studios Orlando globe before you head into the park. You’ll have to be patient and wait for the globe to turn!

Location: on the citywalk right before you enter Universal Studios Florida 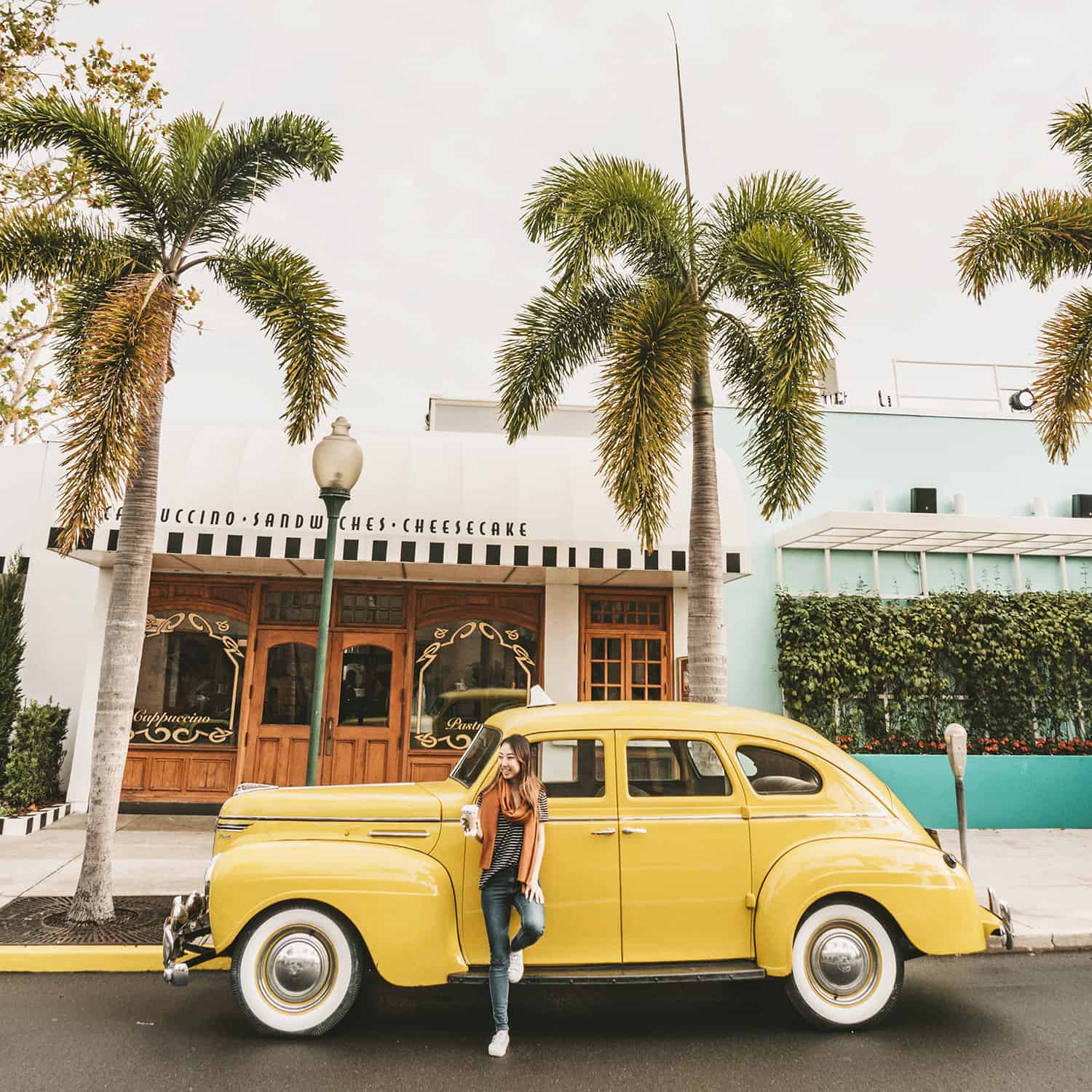 The first photo opp you’ll see when walking into Universal Studios Florida is a yellow taxi parked right in front of the Beverly Hills Boulangerie. 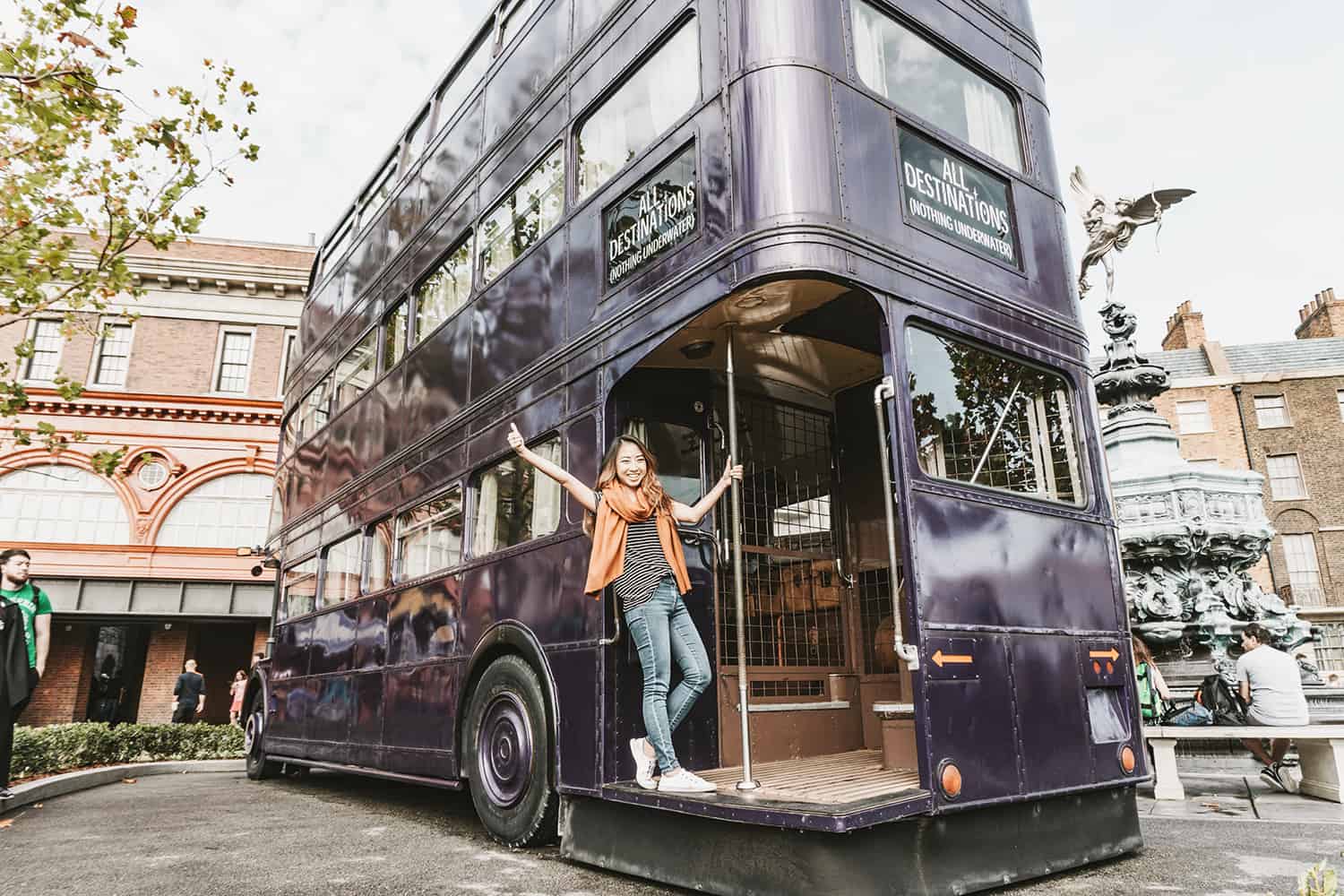 There’s usually a line to take pictures with The Knight Bus so the trick is to walk around to the back and get this photo!

Location: across from the entrance of Diagon Alley 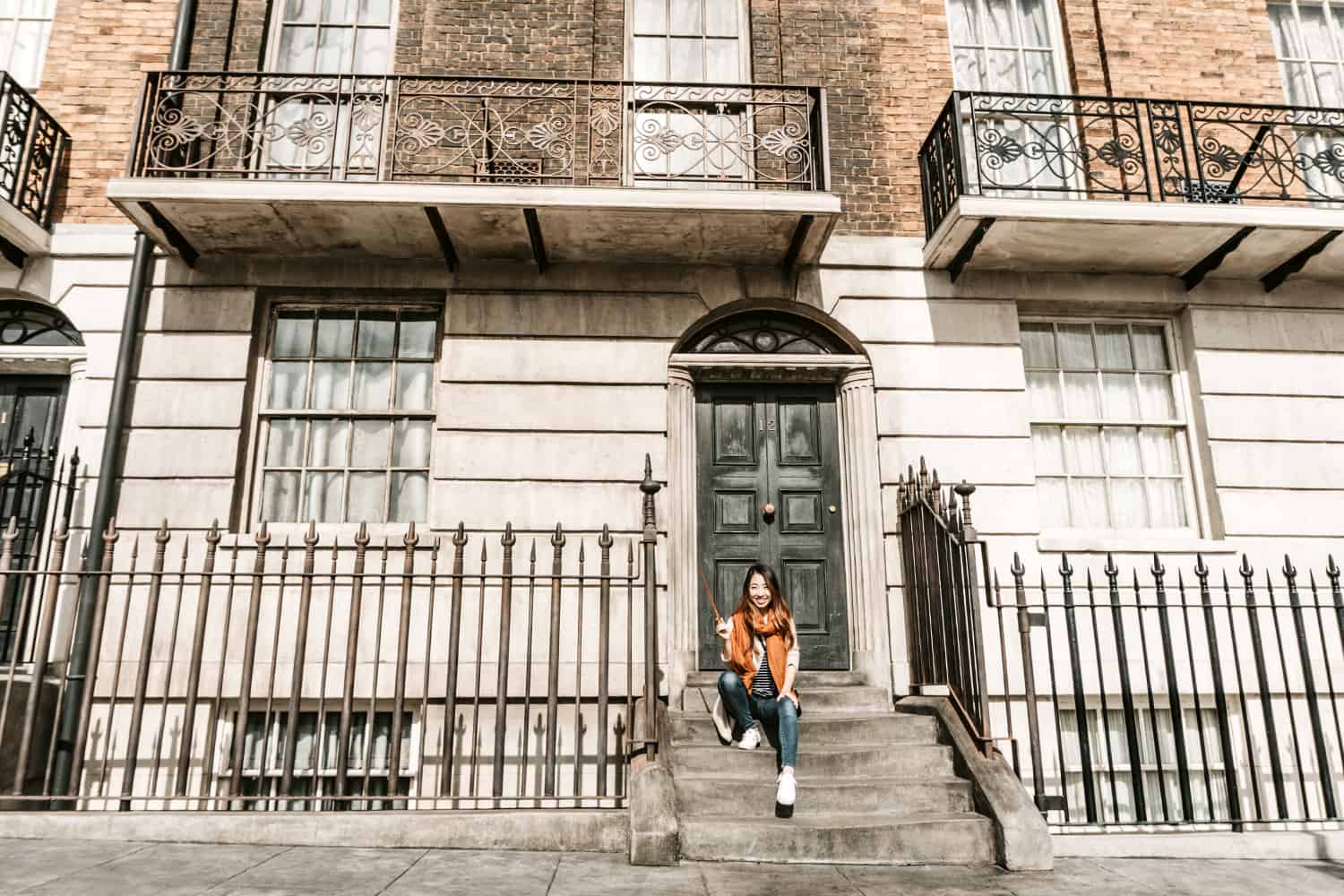 If you look closely, you can see Kreacher the house-elf peeking out from the curtains of the Number 12 Grimmauld Place, the Black family’s home. 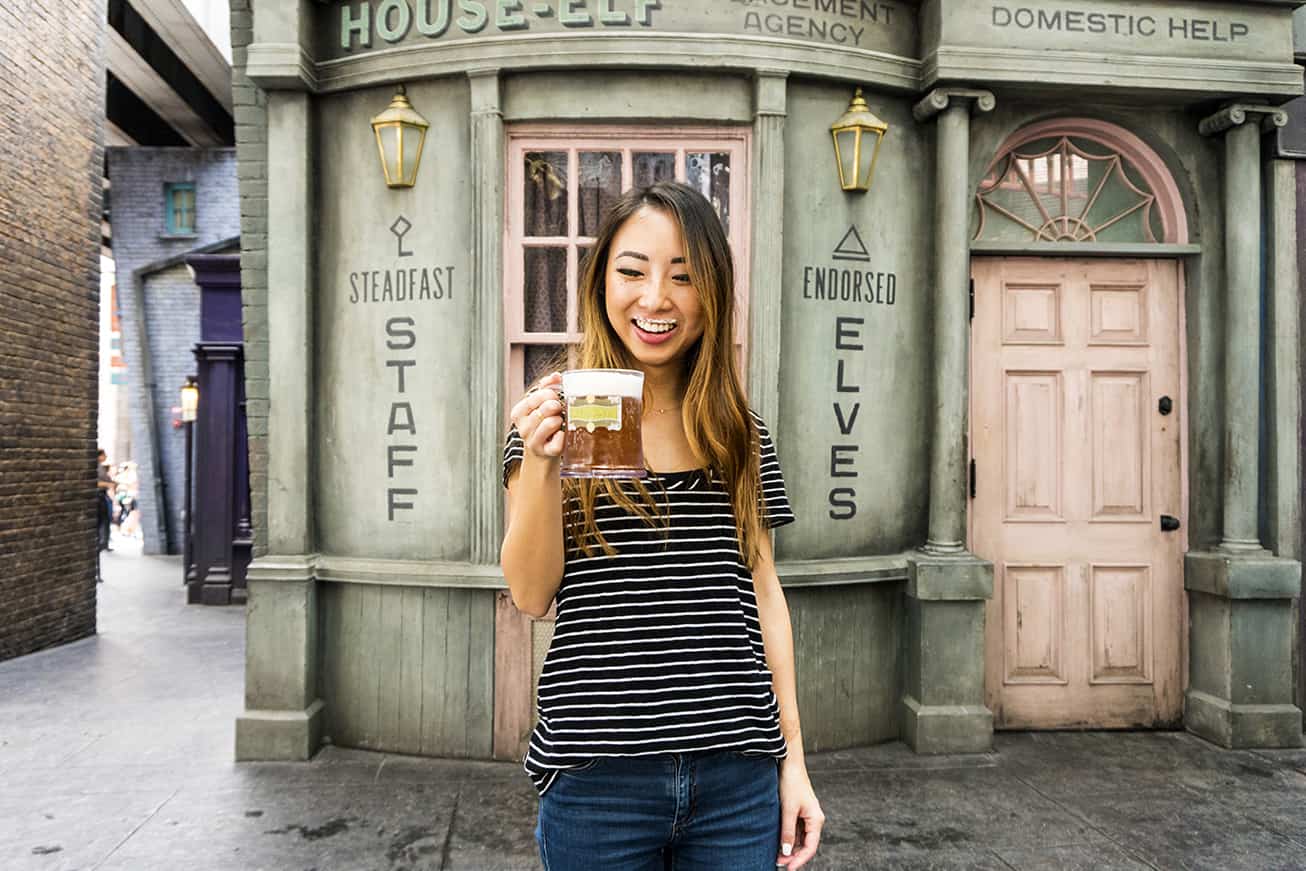 Butterbeer is definitely a photo opp you don’t want to miss out – choose from cold, frozen, or hot!

SEE ALSO: 6 Butterbeer Items You Need To Try At The Wizarding World Of Harry Potter 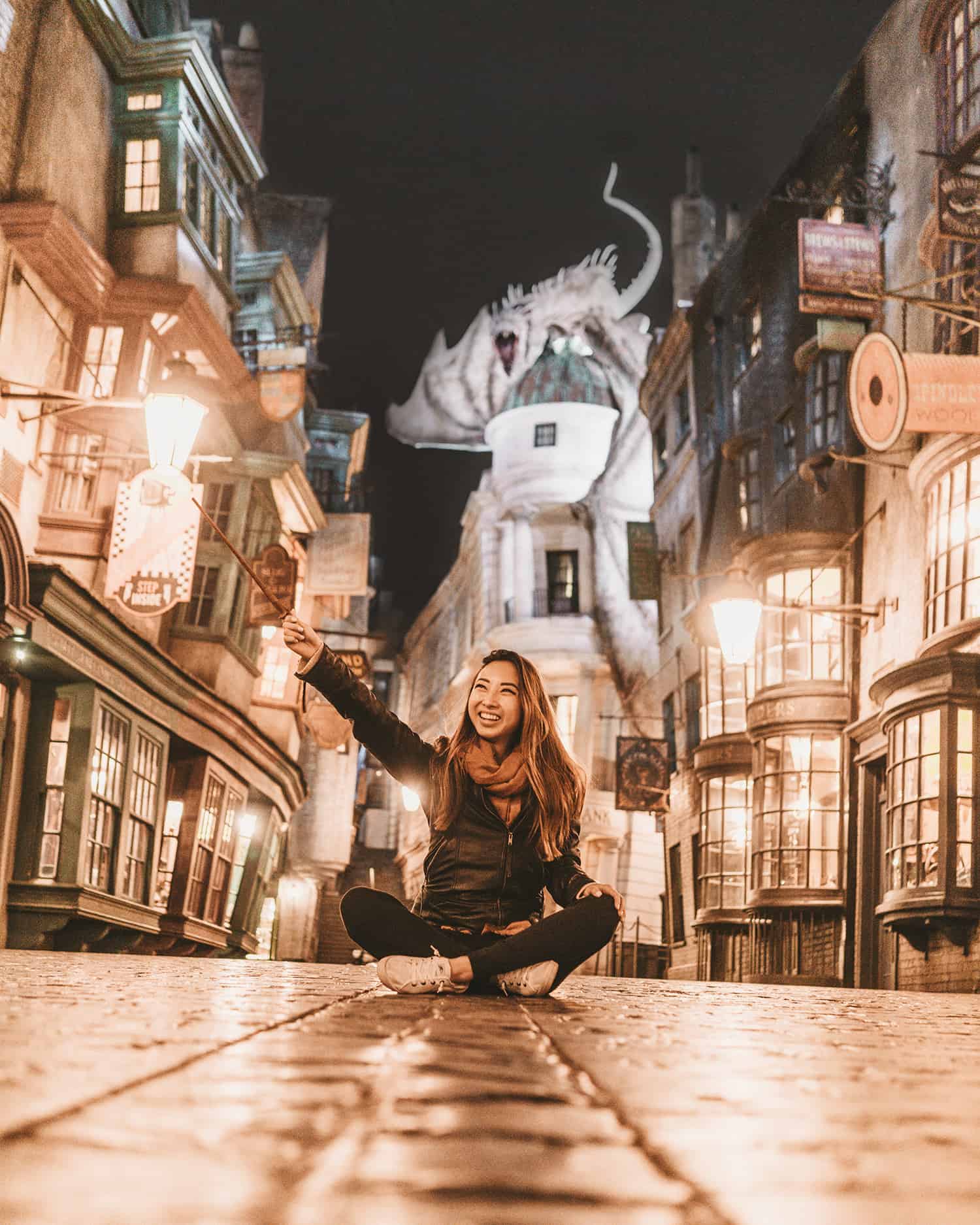 Try waiting for the dragon to breathe fire for your photo! 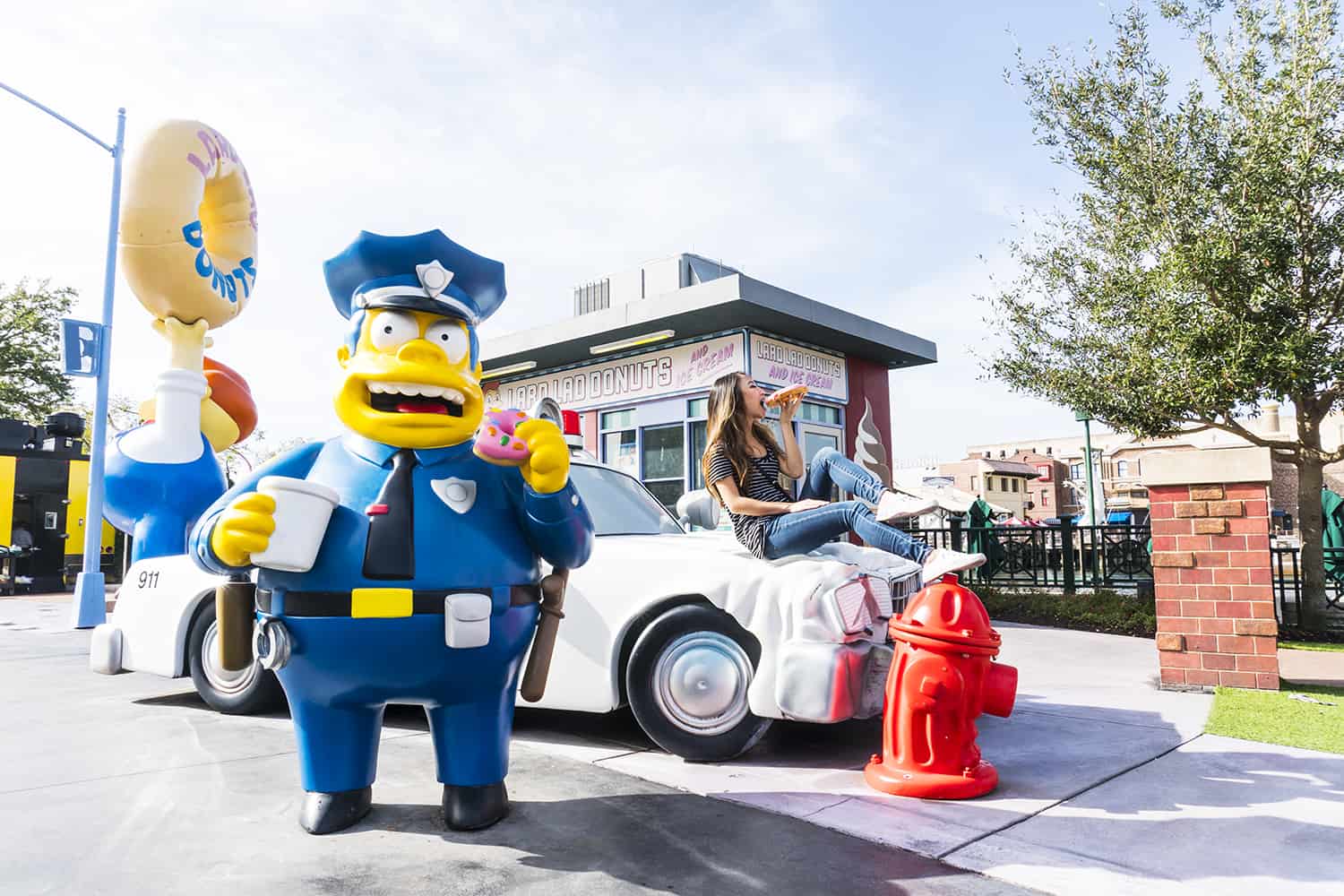 Homer Simpson loves donuts so you shouldn’t be surprised to see giant pink-iced donuts at Krustyland. You can get the donut at the gift shop or Lard Lad Donuts. 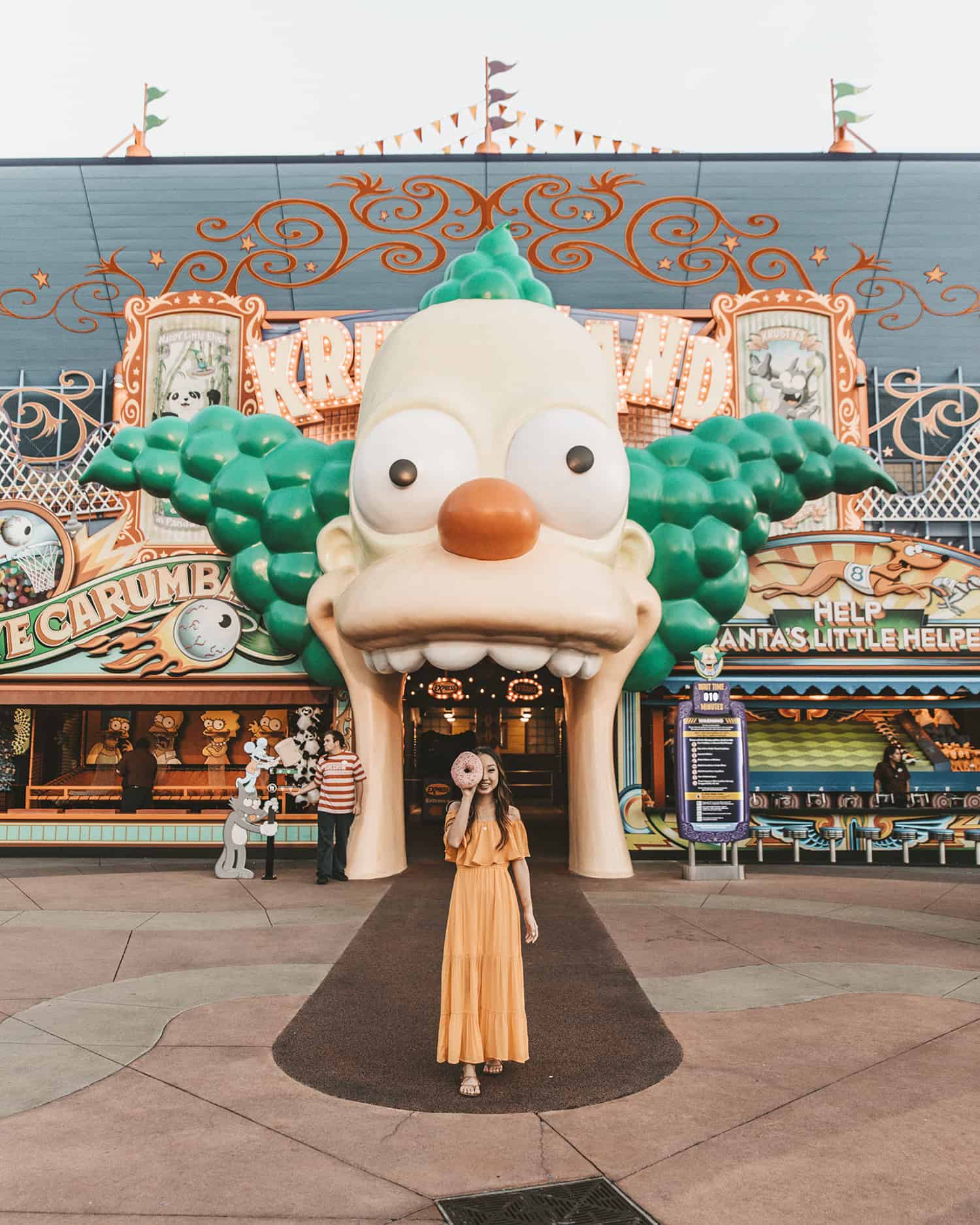 Another photo opp at Krustyland is right in front of the giant Krusty head that’s the entrance of The Simpsons Ride. 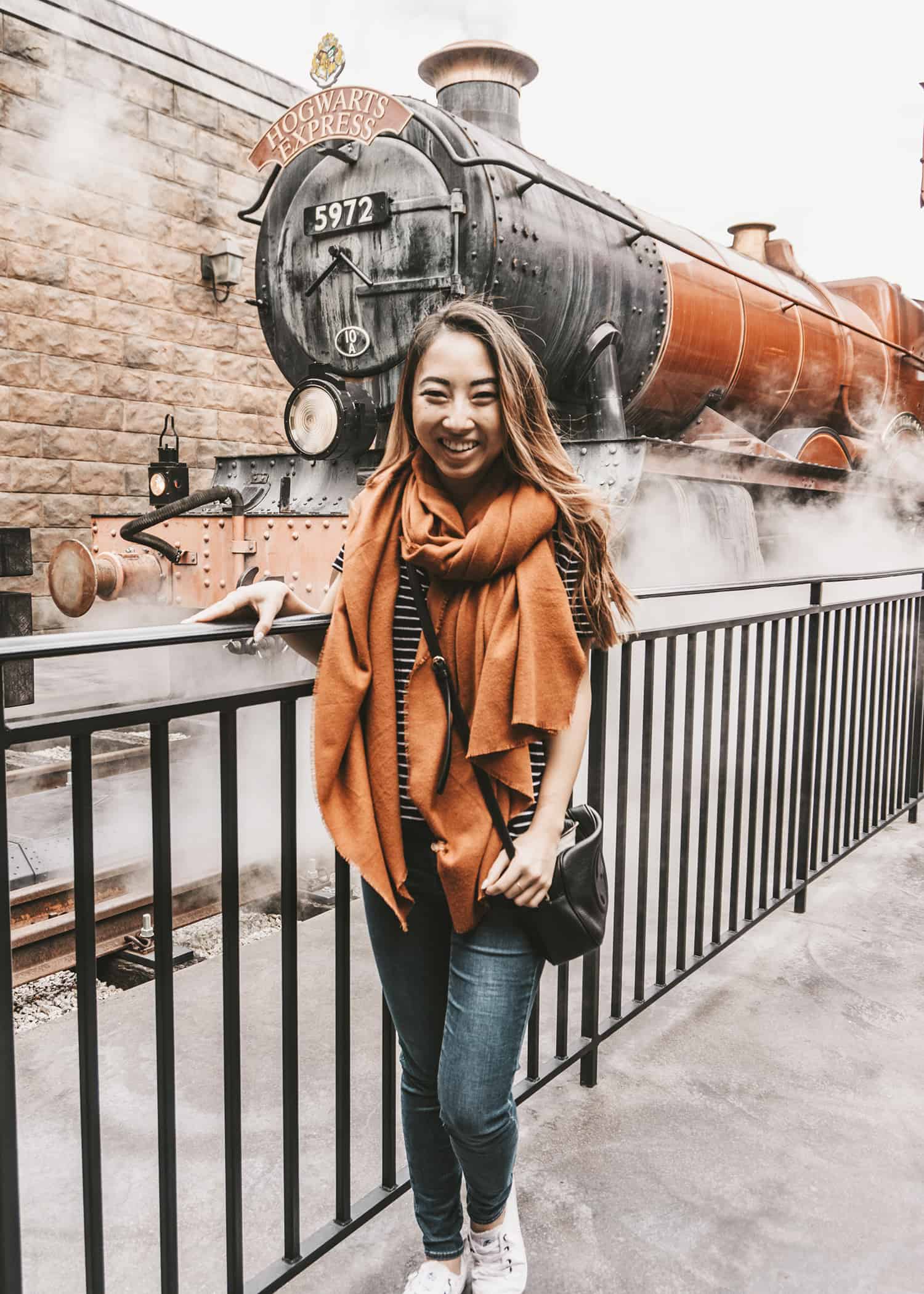 Let’s take a ride on the Hogwarts Express from the King’s Cross Station in London and travel to the Hogsmeade Station in Universal’s Islands of Adventure! 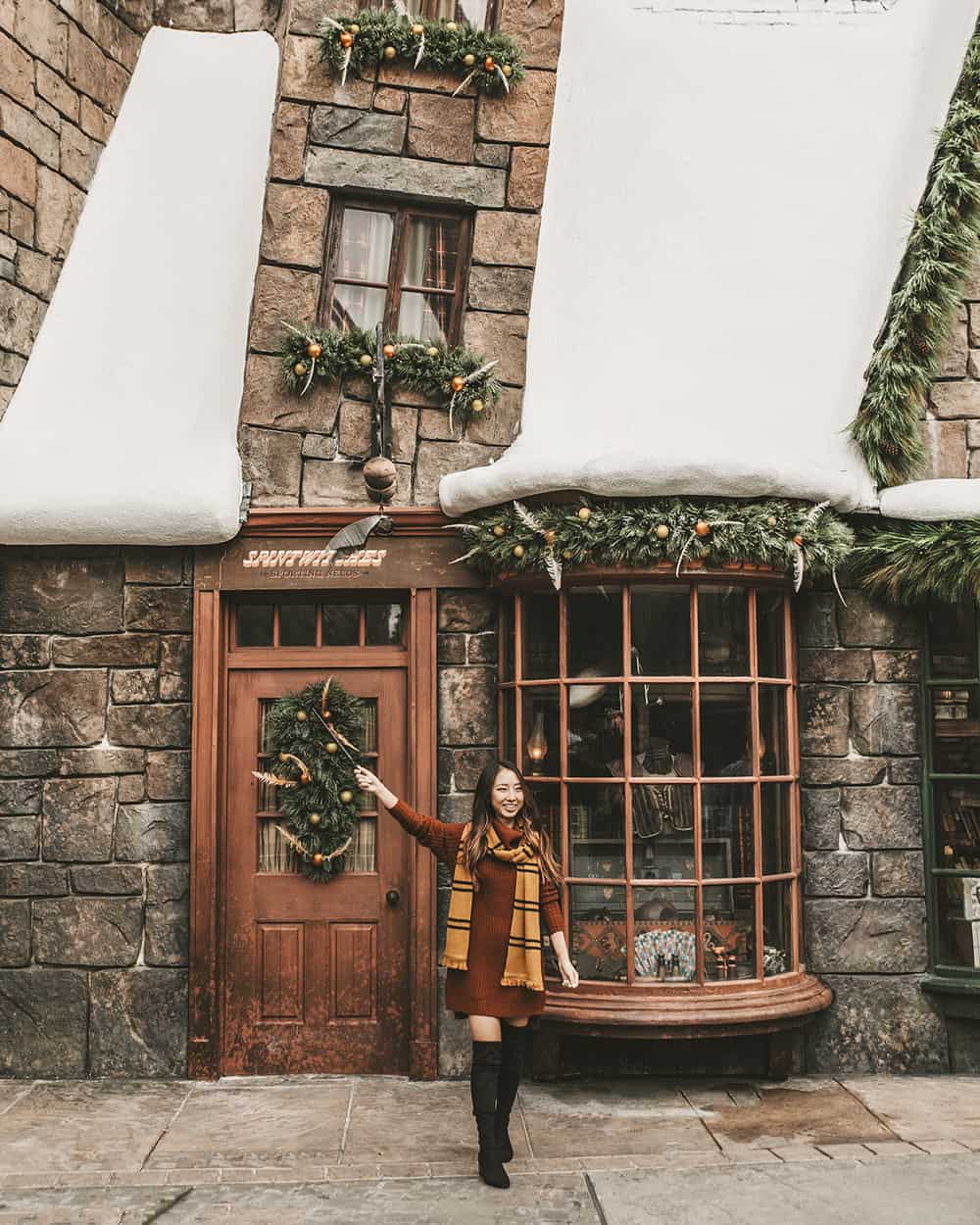 Hogsmeade gives me all the cozy vibes – even when I visit in the summer when it’s 100 degrees in Orlando and especially when it’s chilly in December & January. The buildings are always covered with snow and in the winter, Hogsmeade is decorated with all the Christmas decorations. 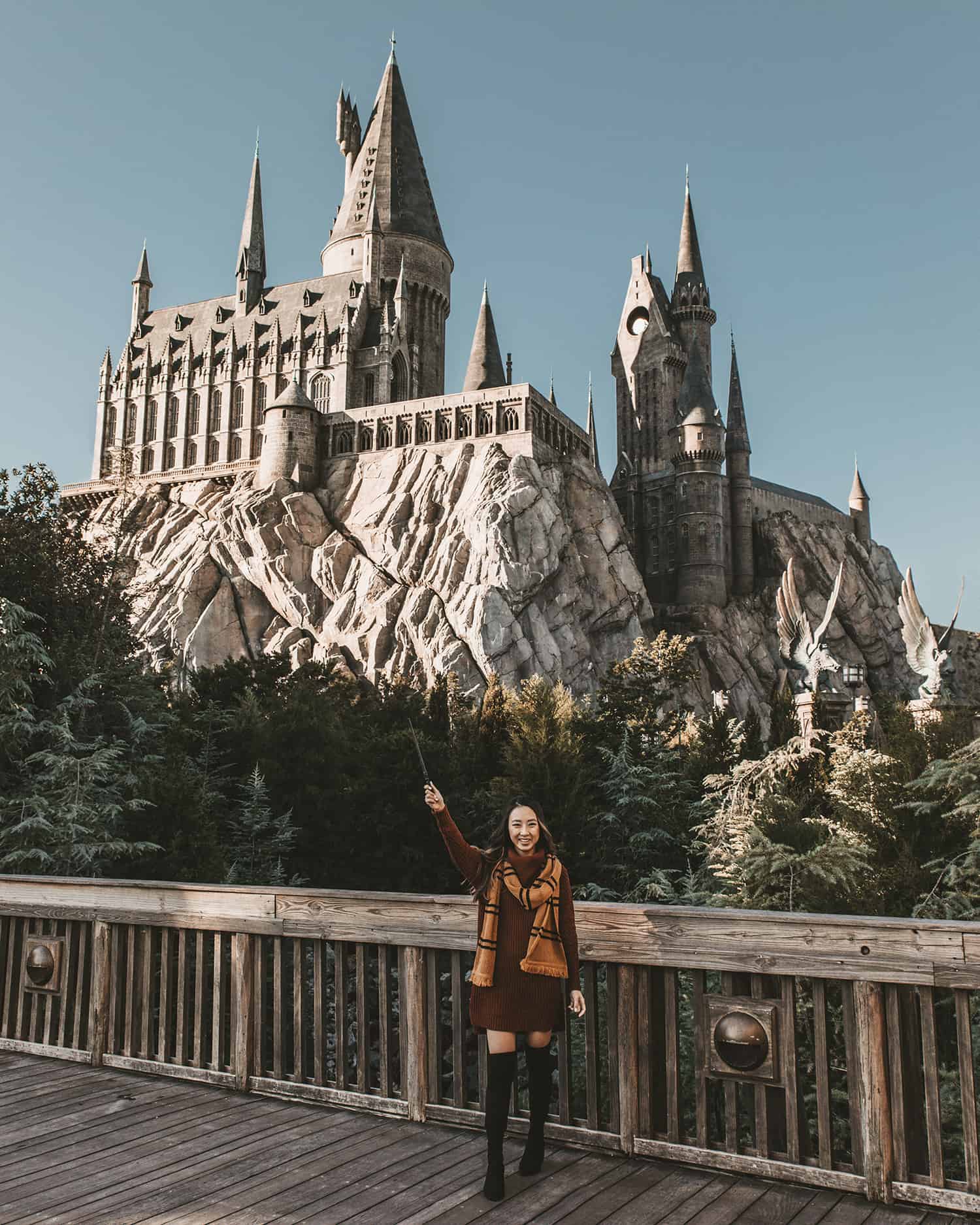 You can’t leave Universal Orlando without a picture in front of the Hogwarts Castle.

Photo tip: instead of taking a picture right in front of the castle with a million people in your photo, go left to the bridge and you’ll also get the beautiful greenery. 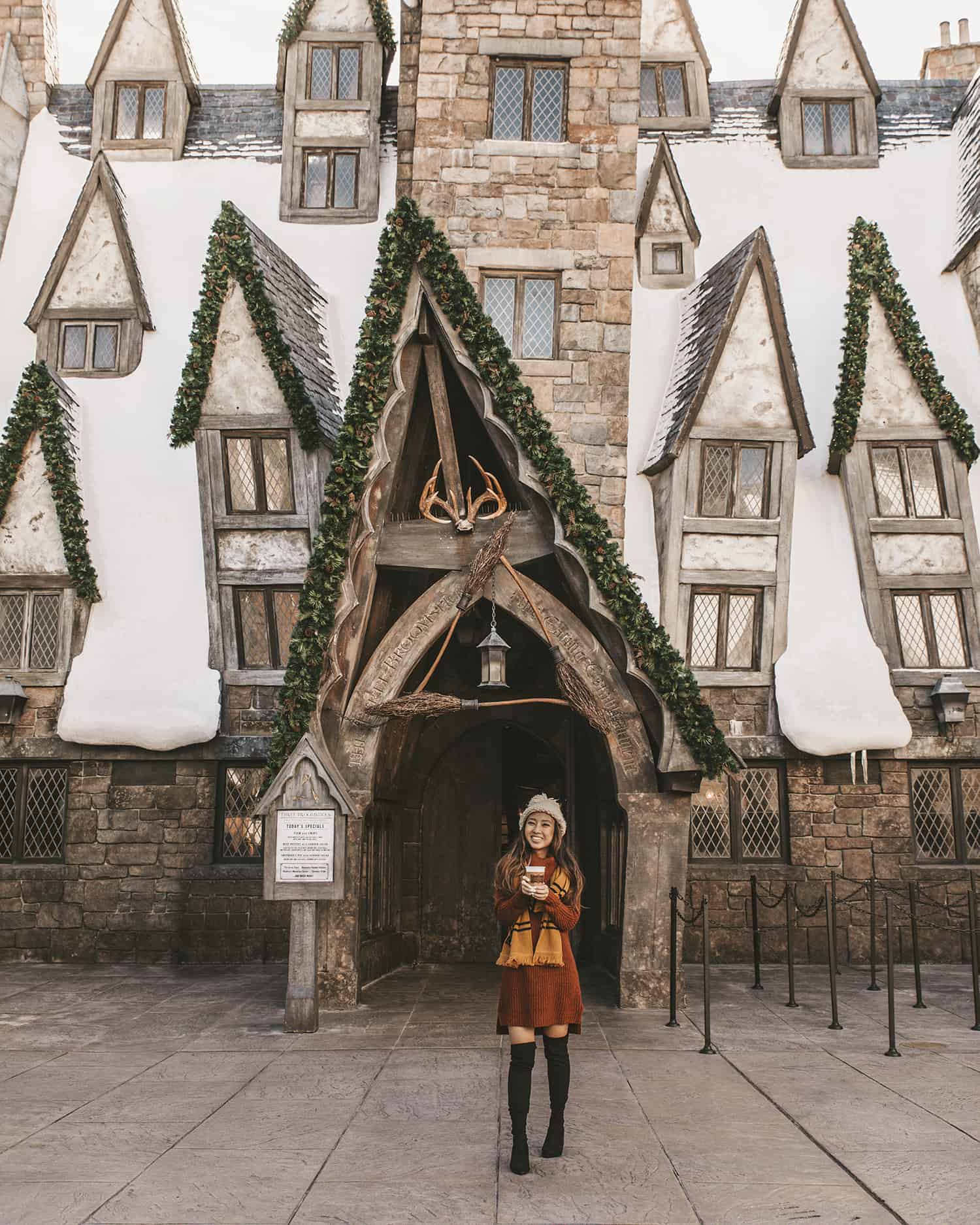 Even the Three Broomsticks is just as Instagrammable – make sure you grab a cup of butterbeer! 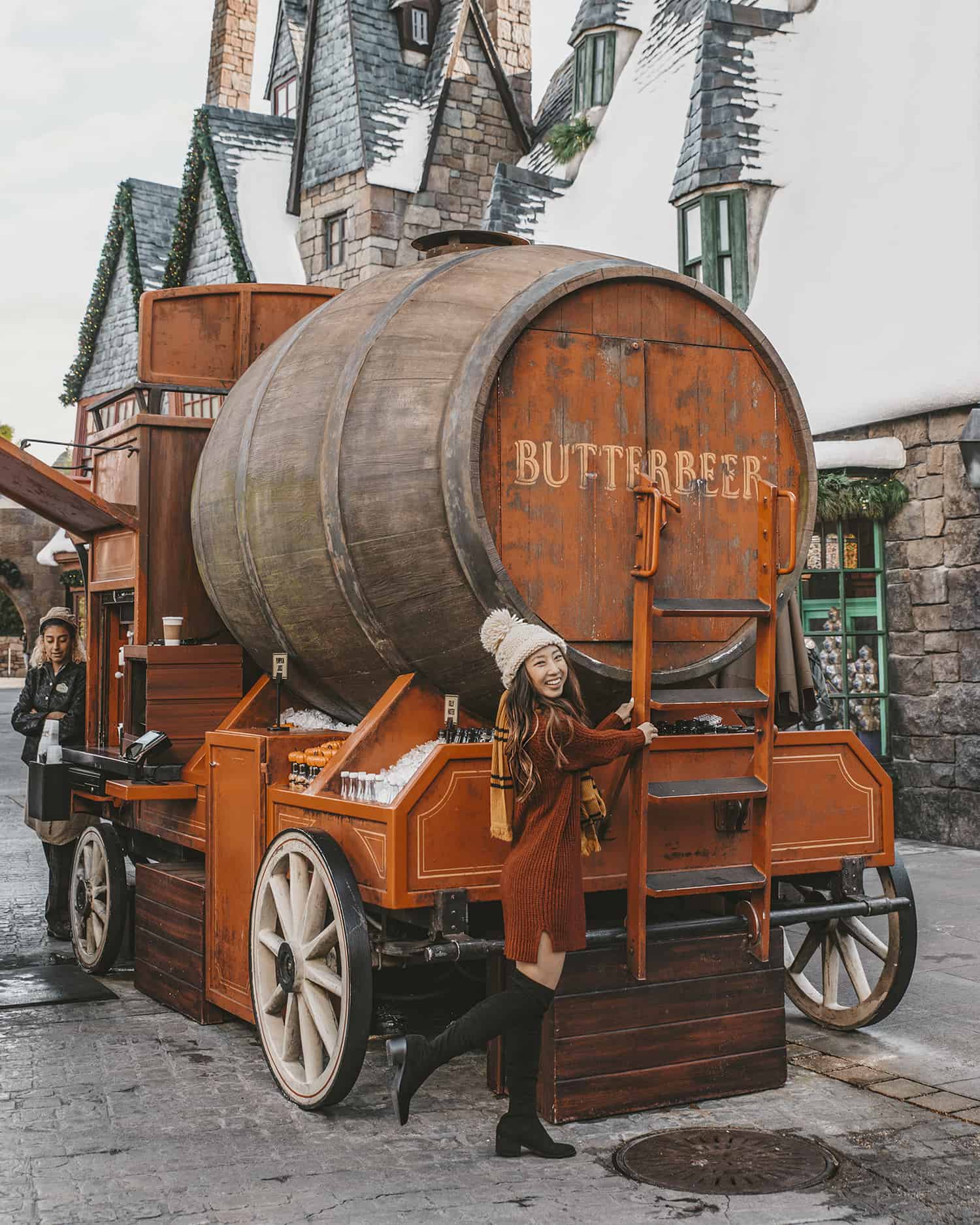 Debating if I should raid the butterbeer truck! 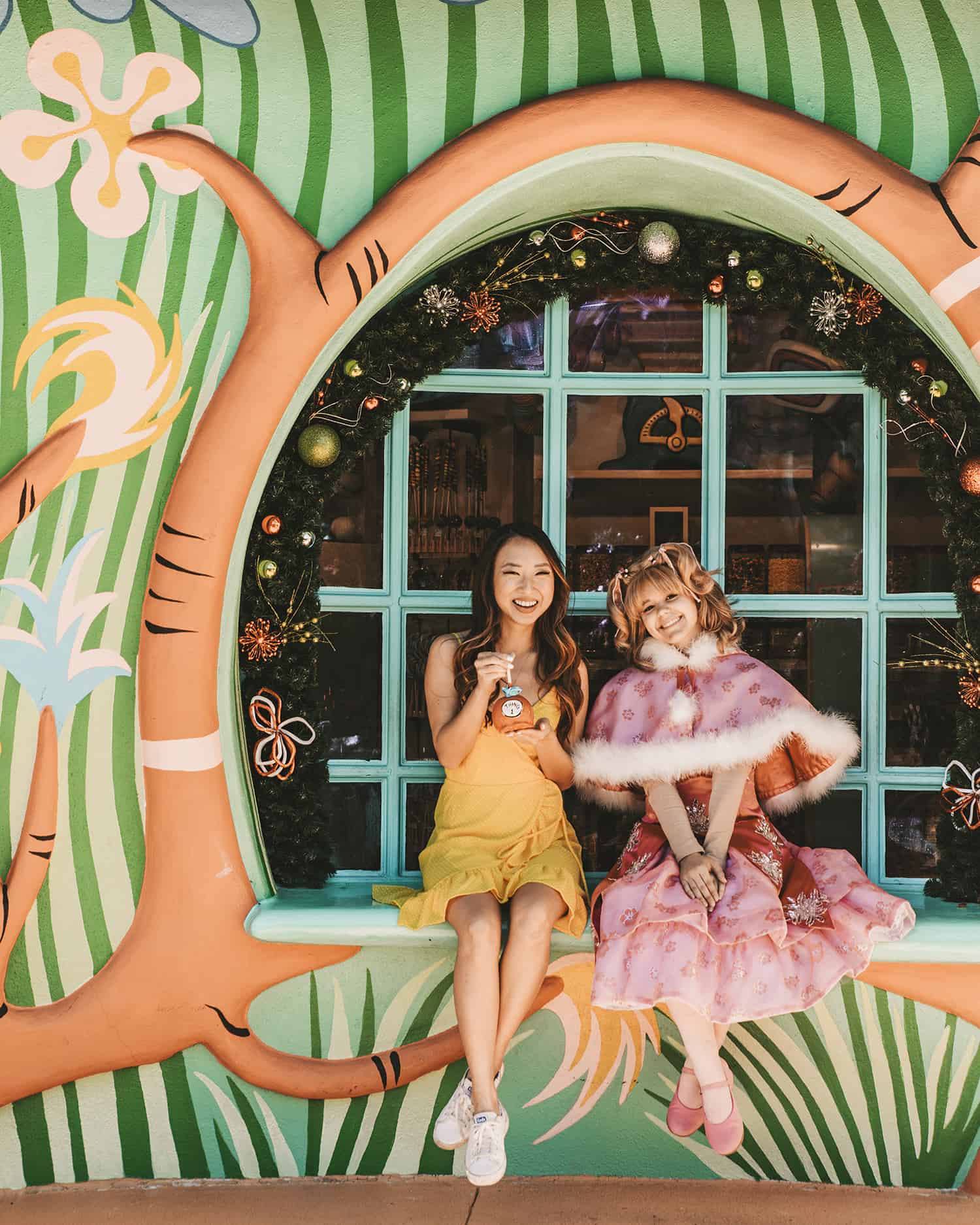 Grab a Thing 1 or Thing 2 candy apple from the sweets shop and take a picture with a Who Person. Cindy Lou Who actually hopped onto the windowsill to photo bomb my photo! 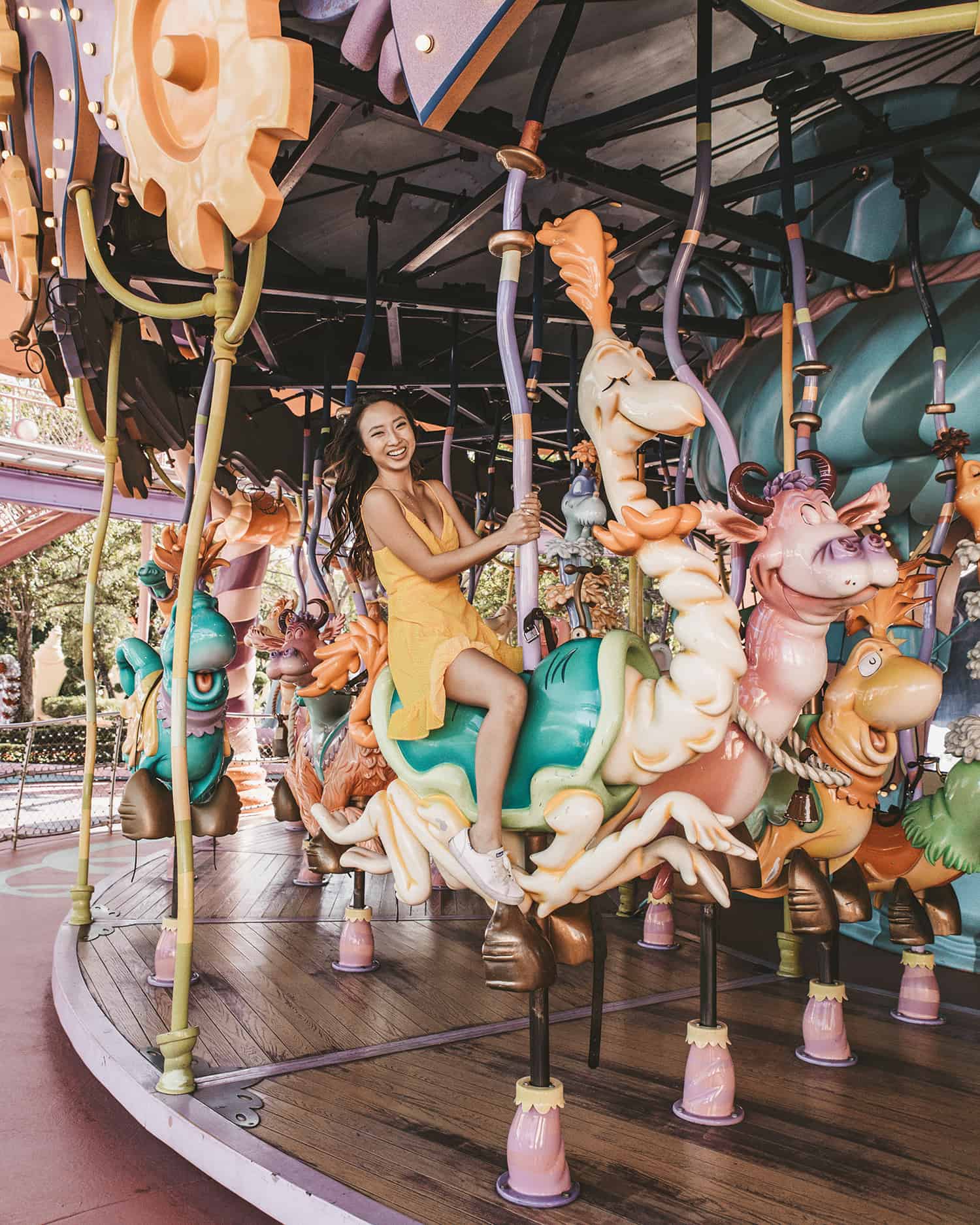 Not going to lie – we rode the Caro-Seuss-El four times to get the perfect photo :). 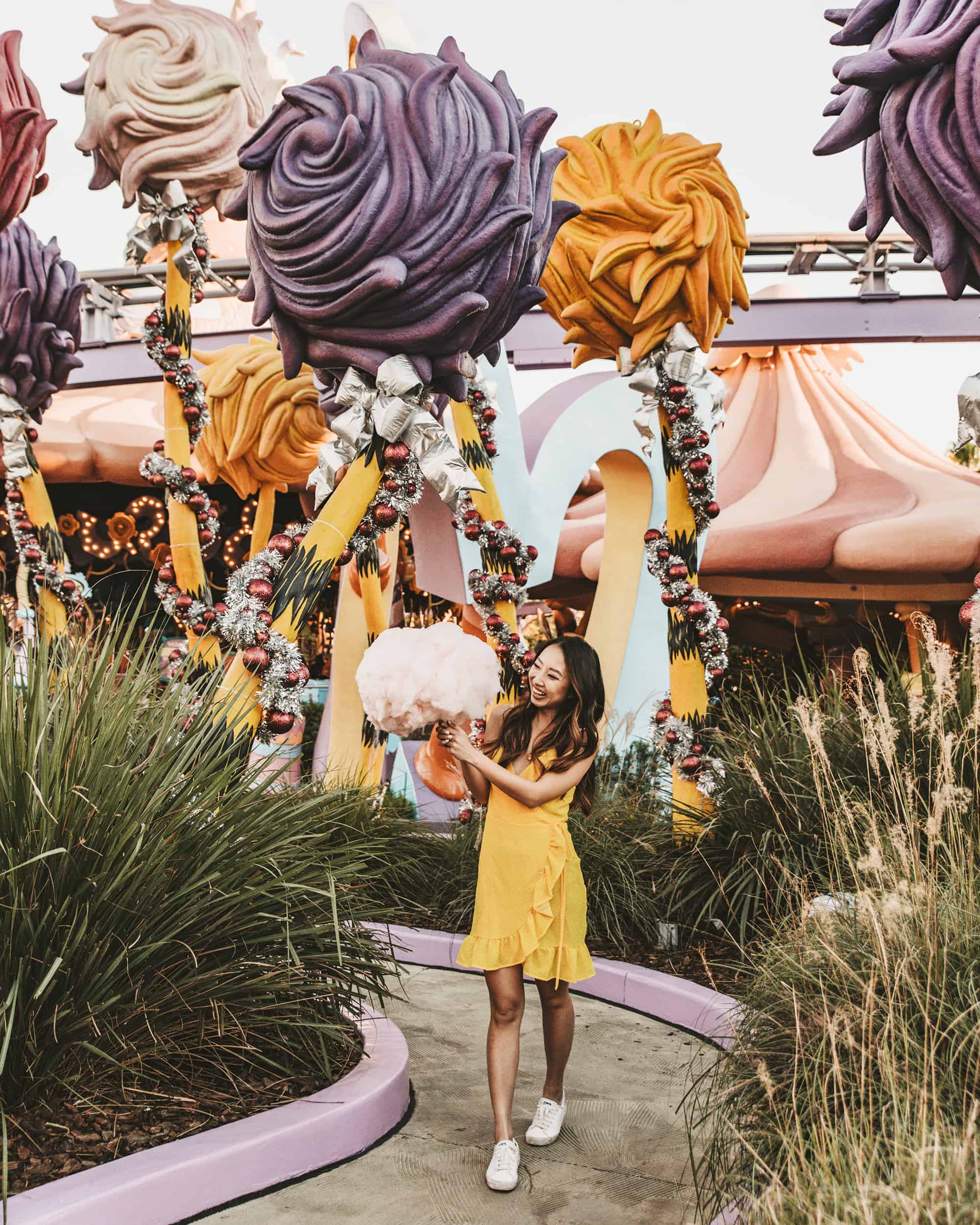 Order a giant cotton candy at the sweets shop and pose in front of the Truffla Trees – they have birthday cake flavored cotton candy! 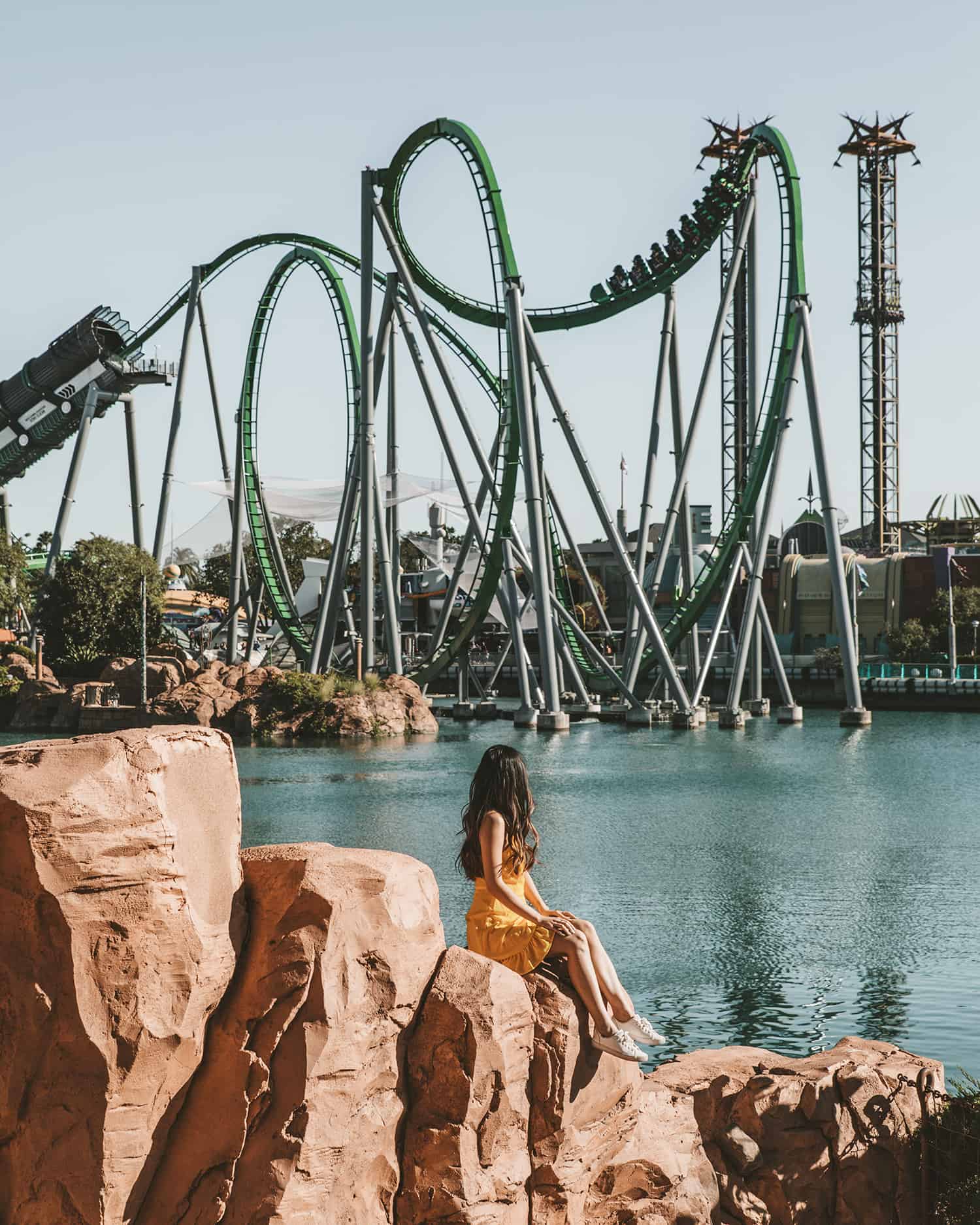 I’m too scared to ride The Hulk so I’ll settle for a photo in front of it.

Location: Outside of Mythos restaurant 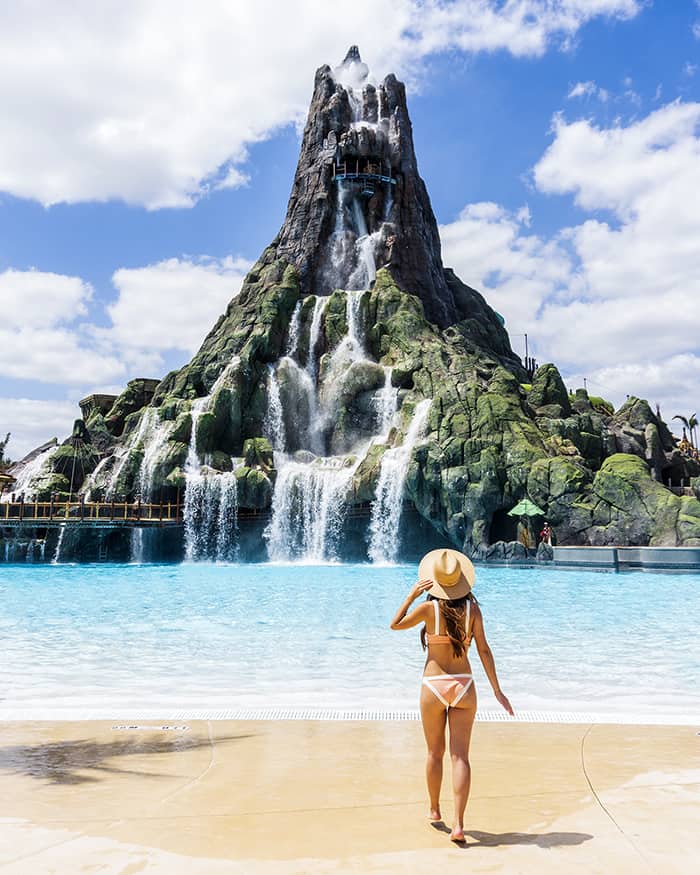 If you go to Volcano Bay, don’t forget to get a photo in front of the Volcano! 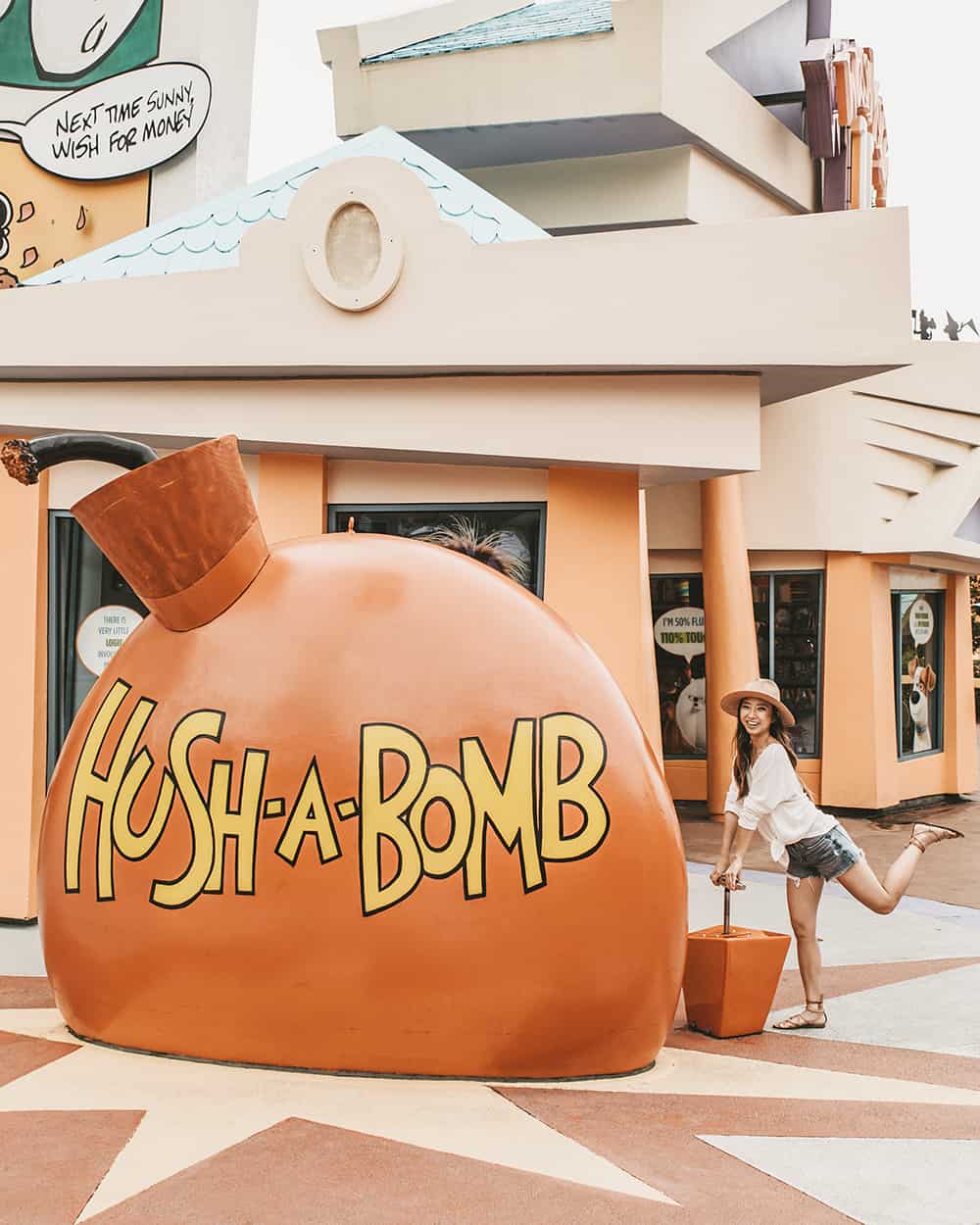 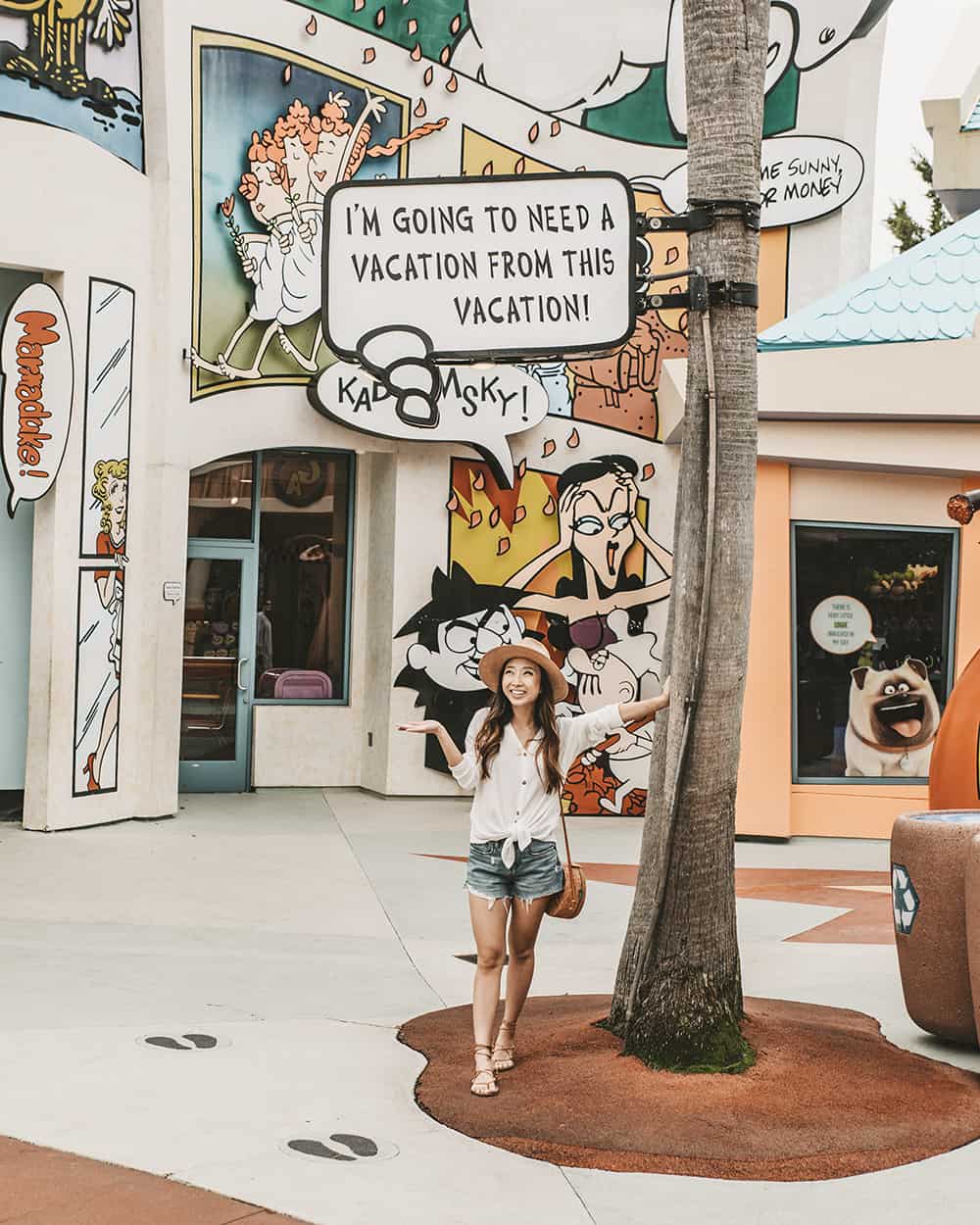 I’m going to need a vacation from this vacation 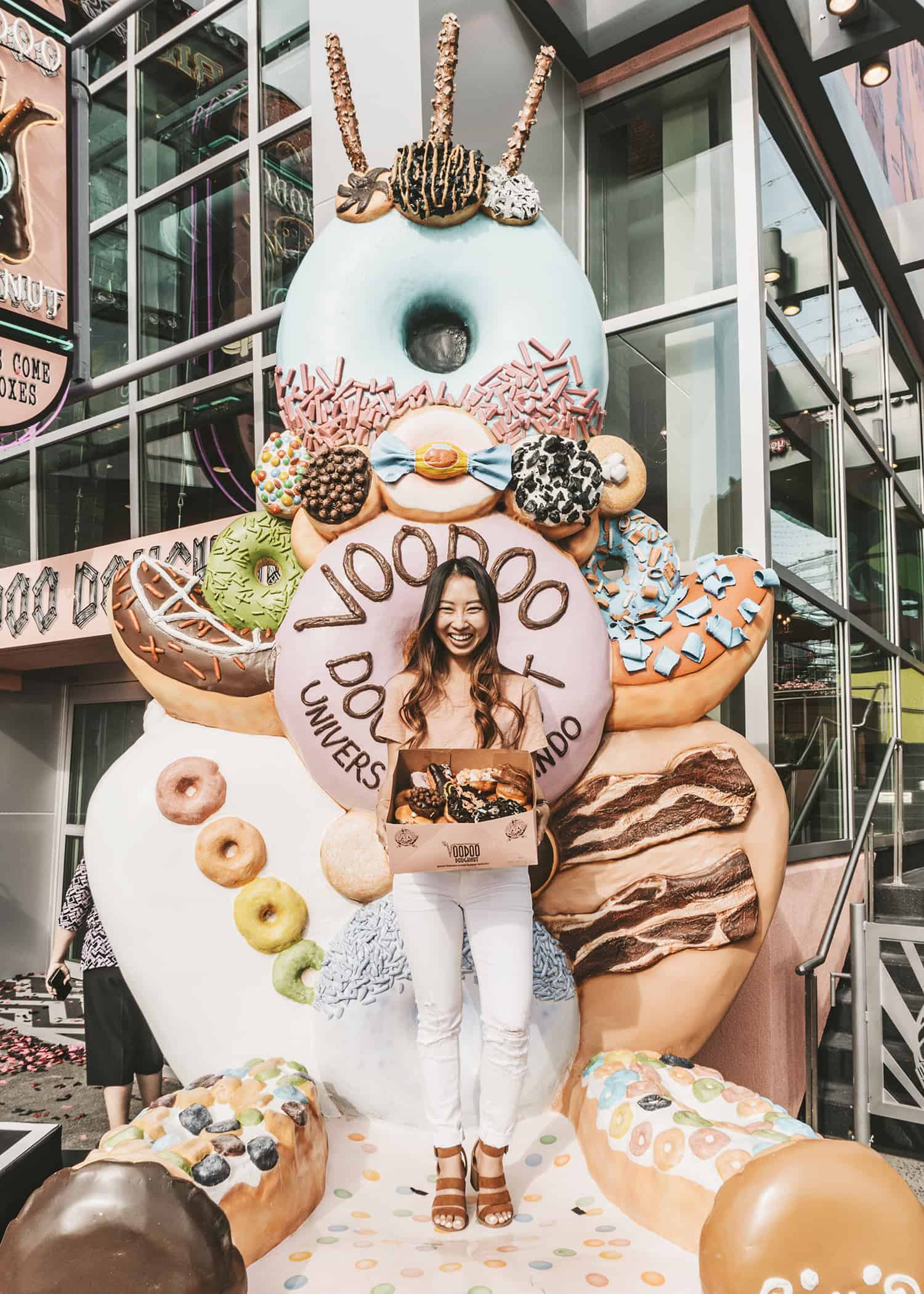 Voodoo Doughnut just opened a new shop on the Universal Citywalk with all of their donuts! 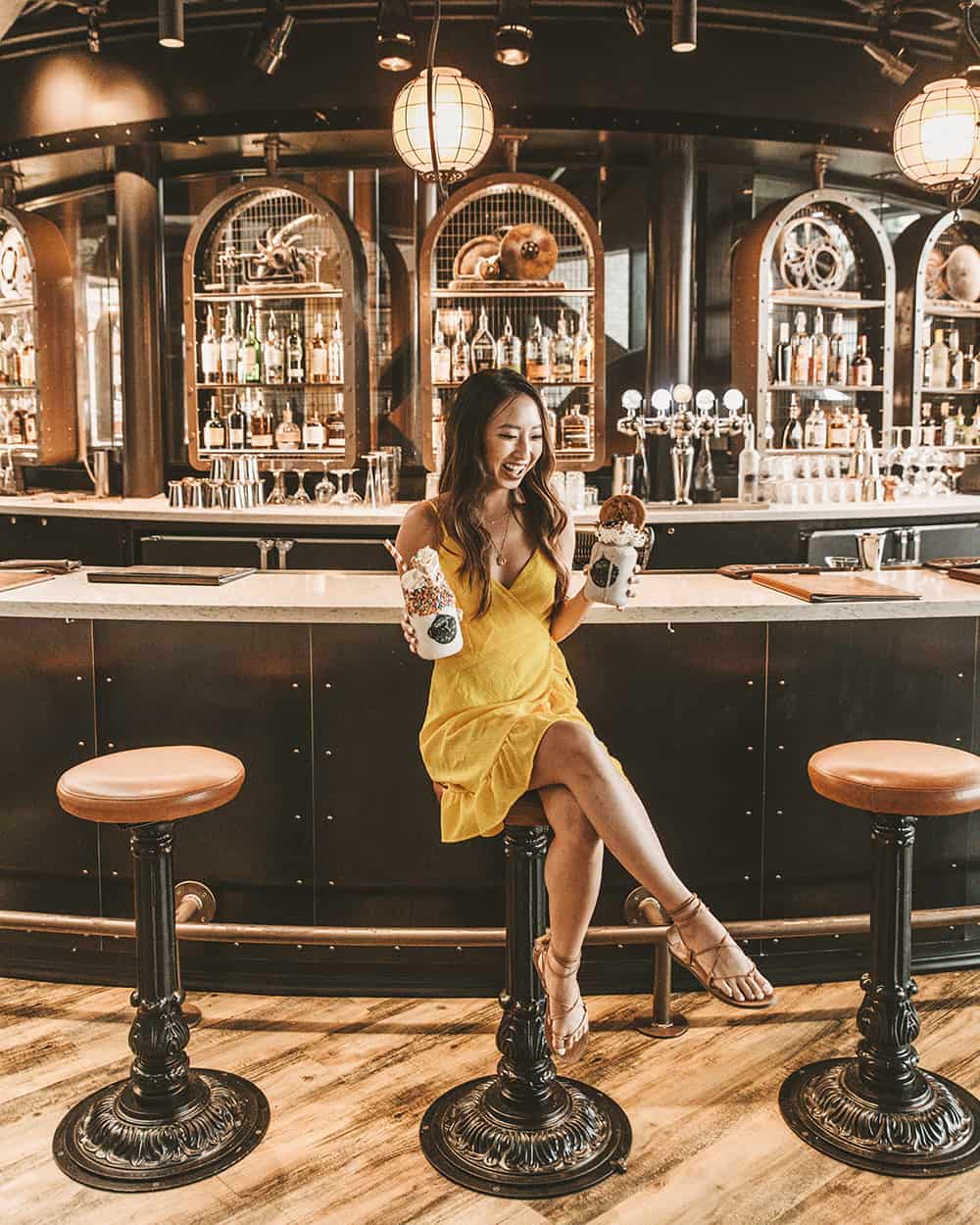 And we can’t end this list without Toothsome and their Insta-worthy over-the-top milkshakes!

Where To Stay At Universal Orlando: Aventura Hotel