Welcome to the biggest picnic in Austin and everyone’s invited. Last year over 10,000 people visited Auditorium Shores to sample 30 food trucks. It was crazy to the point where it was unbearable. However, this year management has improved the experience for Gypsy Picnic 2011. Over 48 trailers participated this year including new trailers like Be More Pacific, East Side King, and Fresh Off the Truck. Popular returning trailers include Chi’Lantro BBQ, Coolhaus, Jalopy, Holy Cocoa, and the Peached Tortilla. 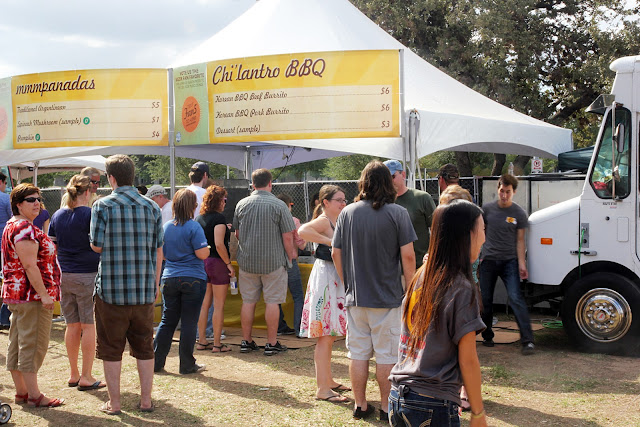 I am proud to announce that I have teamed up with Chi’Lantro this year with my own macarons, Macarons By Jane. Working with some many culinary professionals in the past year has inspired me to set my own foot into the Austin food scene. The turn out was incredible, especially for my first public appearance. I did have a dessert line at Austin’s restaurant Haddingtons this past summer. 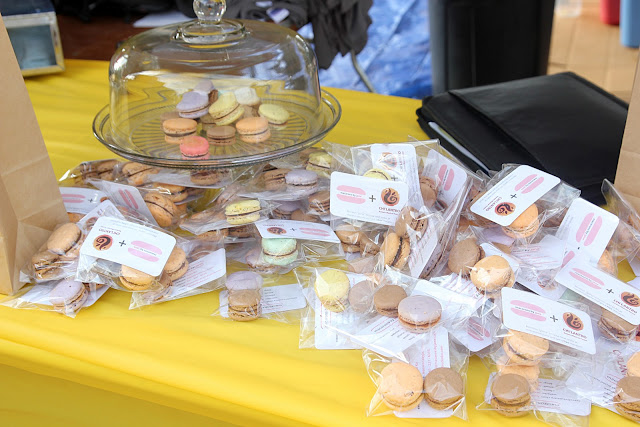 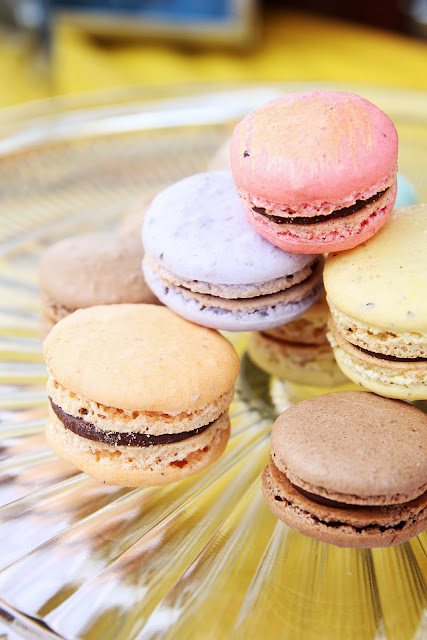 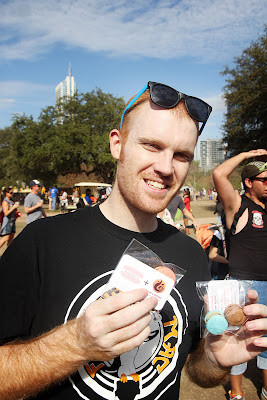 Overall I would say the event was a success. I did try a frozen banana from Bananarchy, which was expensive, and an empanada from Mmmpanadas, which was delicious. They won Best Ethnic food! Someone did tell me that they wanted to eat from Mmmpanadas because they thought they were serving pandas.