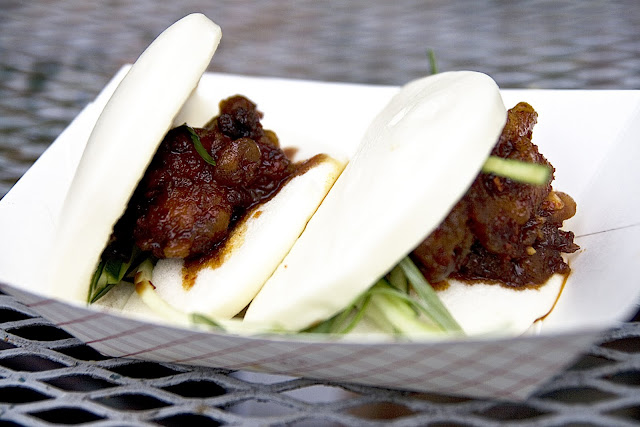 I’ve been meaning to try Not Your Mama’s food truck for the longest time. And once I heard that it was closing [March 2011], I wasted no time hurrying over. I starved myself all day and rushed over to the trailer park to be a greeted with the fabulous smell of… nothing. Closed?! The neighboring trailer reassured me that it would be opened tomorrow. And once again I starved myself the next day [no joke], to be greeted with the entire trailer park being closed. I’m not going to lie, I was pretty mad. I had pretty much given up until I saw the update from Not Your Mama’s Facebook page that tomorrow was going to be the final and last day [March 28]. I rushed over with a couple of friends to be greeted with Ron who said the most heart breaking my stomach has ever heard, “I’m out of food”.

We were slowly walking away when but he told us “There’s some leftovers in the kitchen, would that be okay?” Music to my ears. And thus we ate. 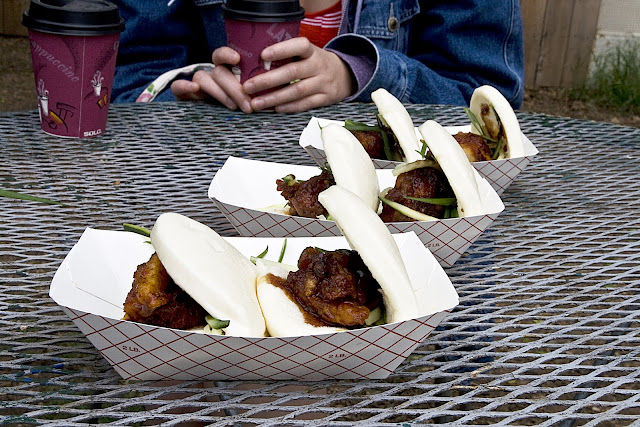 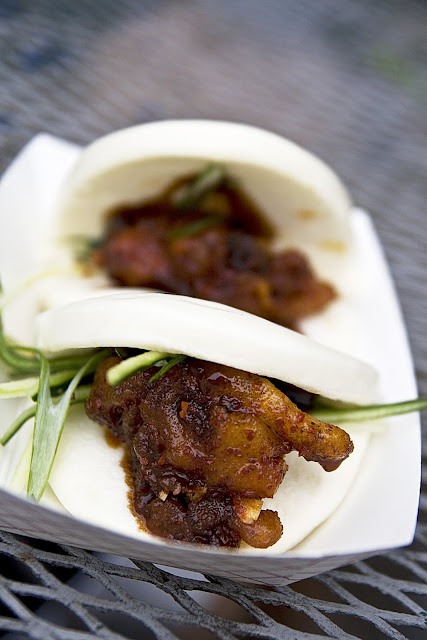 Juicy and crispy KFC. And I’m not talking american fast food KFC but Korean Fried Chicken. The best fried chicken there is. Savory and sweet at the same time. 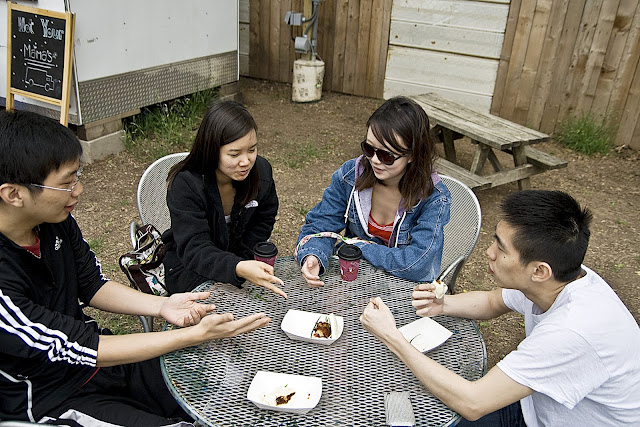 What happens when there’s an uneven number of KFC sliders? An intense game of classic rock, paper, scissors.

Mexican coke. The best coke ever with real cane sugar. 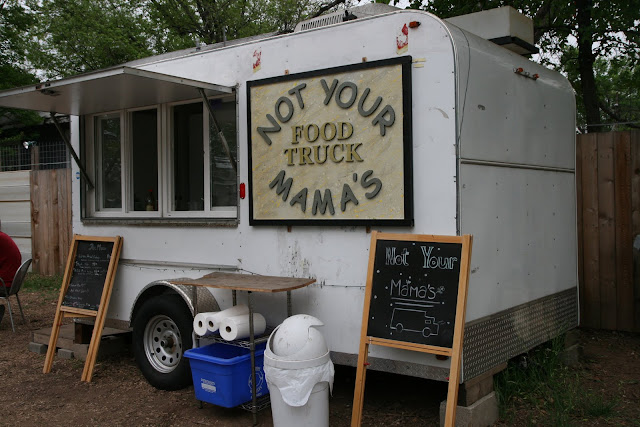 Ron Chadwick is the mastermind behind Not Your Mama’s food truck. He trained at the Johnson & Wales culinary school in Rhode Island and came down to Austin originally to cook at Uchiko. Plan didn’t follow through and he opened up his own food truck. Uchiko’s loss is our gain.

As I said before, I was able to catch him on his very last opening day and ask him a couple of questions.

When Ron first came to Austin he couldn’t find any good Korean restaurants to fulfill his craving so he started experimenting in the kitchen. And then soon ensued the creation of Not Your Mama’s food truck. And for those who have tried Ron’s food, couldn’t agree with me more. This is not your mama’s food.

Note: Not Your Mama’s Food Truck is no longer open.
Visit the Facebook page for more information.