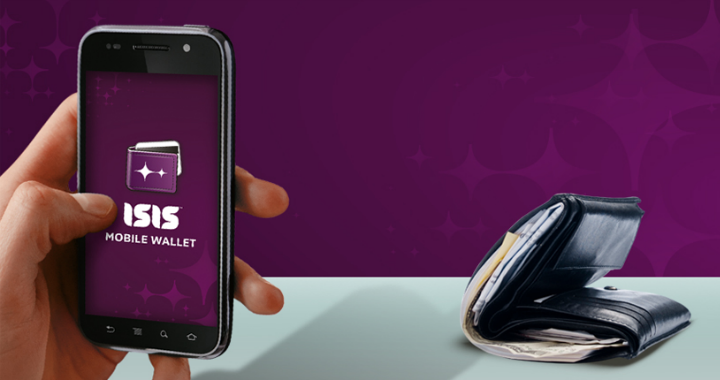 Goodbye bulky wallets and overstuffed purses, Isis Mobile Wallet, a mobile payment service, has officially launched in October 2012. The joint commerce venture was created with T-Mobile USA and Verizon Wireless and is available to use on nine handsets. I invited by AT&T and Isis to try out the new Mobile Wallet on the Samsung Galaxy sIII.

How does it work?

After downloading the Isis Mobile Wallet app from Google play, load your American Express, Chase or Capital One card. Head off to one of hundred locations across those two cities. Select cell phone providers, like AT&T are equipped with NFC technology, near field communication. It’s basically a little chip inside the cell phones, like the Samsung Galaxy III, that allows you to tap and pay.

Where is Isis available?

Isis is currently being tested out in two markets: Salt Lake City and Austin.

How to purchase with Isis?

At the cash register, launch the Isis app and type in your four-digit password and press the “enabled” button. Tap the phone on the electronic reader in front of the cashier, and it automatically makes the purchase. Isis is a quick and convinient way to pay for groceries but there is room for improvement. There were some installation drawbacks and the touchless payment functionaility is not flawless. I love that Whole Foods does accept Isis. All photos above were taken at Whole Foods Austin and edited with Instagram. Addition of more stores would be a perk as well!


Disclaimer: A Taste of Koko was contacted by M80 to write a blog post on behalf of AT&T. Per FTC guidelines, I am disclosing that, for my participation, I was given a Samsung Galaxy SIII mobile phone and a pre-paid gift card to spend at my discretion.