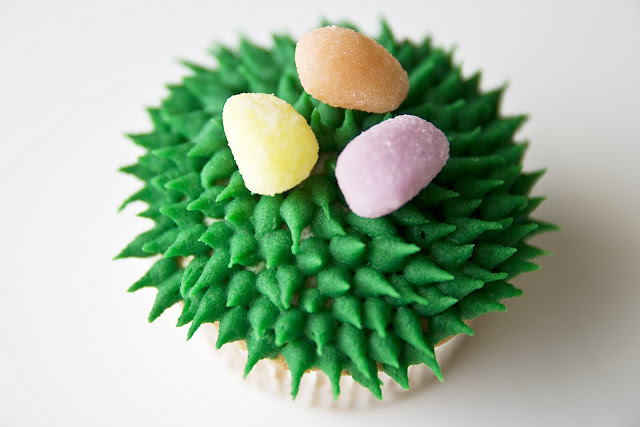 Easter was extra special this year because it was Basil’s first Easter. The thrill of collecting different colored Easter eggs has always appealed to me. Especially the prizes that you can find inside. I heard  that there was a Easter egg hunt in Austin that consisted of ipod prizes.

I wanted to keep the cupcakes for Easter simple and colorful. Spring is in the air and the first thing I think of is fresh grass and blooming flowers. I used a skinny tip to pipe green buttercream onto of a cupcake to resemble grass and then garnished with sugar frosted Jelly Beans. 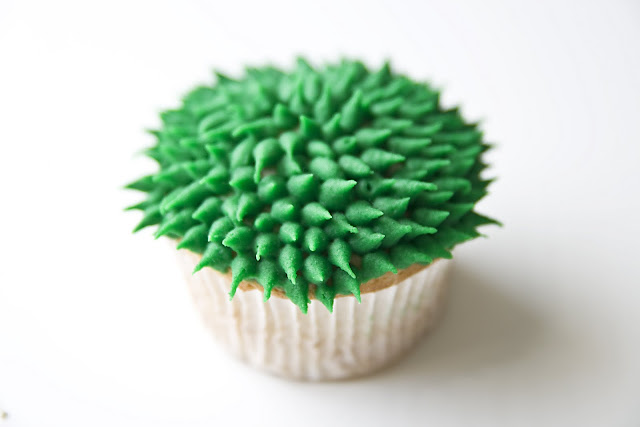 Easter wouldn’t be the same without bunnies… and I simply couldn’t resist.. so I got Basil a bunny suit!

A lot of people got a kick out out of the outfit. It’s not everyday that you see a little white maltese impersonating a pink bunny. He got even more attention at the dog park than he usually does. Not many small dogs go to dog parks, it’s mostly medium size dogs and up. We’ve been taking him to auditorium shoes next to Lady Bird Lake. He’s slowly warming up to his furry four legged friends but he still prefers his two legged humans. 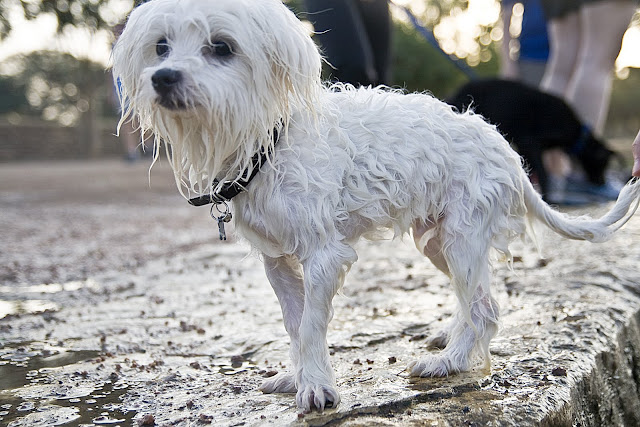 Friday was his first time swimming! He actually got in himself and started paddling. But he was only in there for 3 minutes and then go out. I don’t blame him. The water was freezing! I got into the water to convince him to get back in but he refused. I ended spending more time in the lake than he did. Everyone around us was surprised to see him swimming. Apparently little dogs don’t like water.. There was a lab who swam laps for an hour. Potential Olympic swimmer?

Hope everyone had a wonderful Easter Sunday 🙂
For more photos of Basil, check out his blog.