“I want to cook on a couple of different levels so everyone leaves with a feeling of nostalgic experience. Everyone should have a dining experience with a distinct beginning and end.” 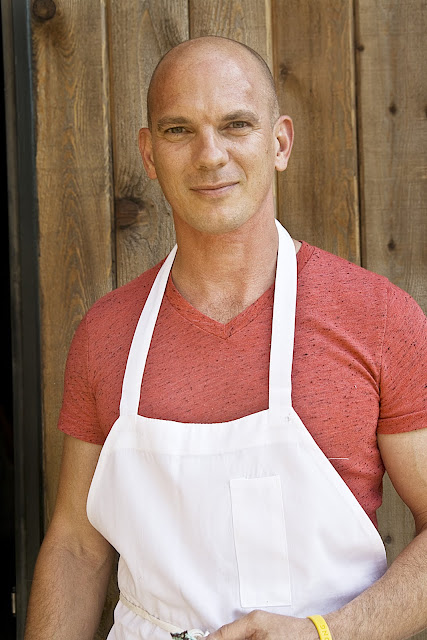 “Get the pork cracklings, they’re amazing,” Chef James Corwell tells me. He also swears that Haddington’s lamb rack is the best in town.

Haddingtons is one of the many top restaurants in Austin that are participating in the TRIBEZA Chef’s Table Series. Intimate multi-course dinners featuring dishes inspired by the summer season. Through the Chef’s Table Series you will have the opportunity to dine with your favorite chef in his restaurant, learning about his processes and inspirations, while enjoying a special meal he planned for the occasion.

Over a cup of delicious, warm broth, Chef Corwell told me about his inspirations for the Chef’s Table, how he started cooking, and why he is still cooking.

Chef Corwell’s mom inspired him to start cooking at a early age. And he continues cooking because “seeing what I come up after all these years is still good.” “Just being able to apply what you learn and see over the years, it’s constantly bubbling up and creating new dishes. It’s like a well that never runs out.”
As one of the few certified master chefs in the country, Chef Corwell wants everyone to be able to taste his food at Haddingtons. “It’s a great opportunity to put the stars on the shelf and just be able to cook for a wider audience that might not be able to afford a good meal.”

Corwell was a national finalist in the prestigious Bocuse d’Or world cooking championship, a Chaine des Rotisseurs national winner, was honored by the Aspen Food and Wine Festival, and won both gold and silver medals on the national Culinary Olympics team.” [TRIBEZA website] All I have to say is, we are very lucky to have him in the Austin restaurant scene.

Someone of such prestigious culinary skill would make you wonder, what does he cook at home? “I actually don’t do much cooking. I love Whole Foods and the veggie wraps from Cafe Medici.”

Chef Corwell will be featuring cocoa powder in his four savory and sweet courses where he draws on Spanish, Italian, French and American influences. He led me to the back of Haddington’s kitchen where he showed me his blue prints for the Chef’s Table Series.
In the first course, Corwell pairs sherry, which is somewhat sweet, with cocoa, which is bitter and pungent. “I like sweet and pungent, I’m looking for that balance”. In the second course, the foie gras and parmesan will be plated into the form of a cappuccino. The dessert will feature a hot chocolate and blood fondue. Yes, you heard right, blood. Pork’s blood that is. The dessert comes with a side of pineapple sorbetto and pink peppercorn.
According to Corwell, the blood “gives it a nice rich earthy and slightly porky flavor. Smooth and not grainy.” 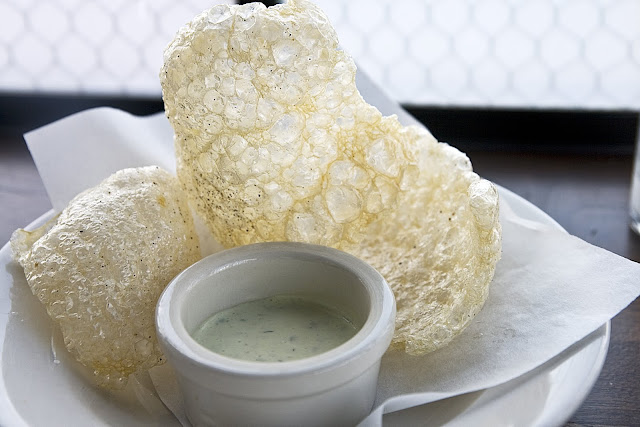 Oh, and those pork cracklings? Best bar food ever. They were still crackling in my mouth!