0 shares
Happy Chinese New Year! 新年快樂!
There are many different kinds of foods cooked during Chinese New Year but dumplings are the standard because they represent wealth and a profitable future. Back in time, Chinese currency consisted of silver and gold ingots called yuan bao that had the similar shape of a dumpling.

Dumplings are one of the easiest things to make and are entirely customizable to your liking. As in, you can make the filling to include ingredients that you like. I added ground pork to the shrimp mixture because shrimp by itself is very lean. It needs something fatty with substance to bind it together so I incorporated ground pork.

Making dumplings can seem tedious but believe me, it’s a lot more tastier than store bought especially since you know what’s going into the dumpling and it’s much more fresh. You can even invite some friends over and turn it into a dumpling night! 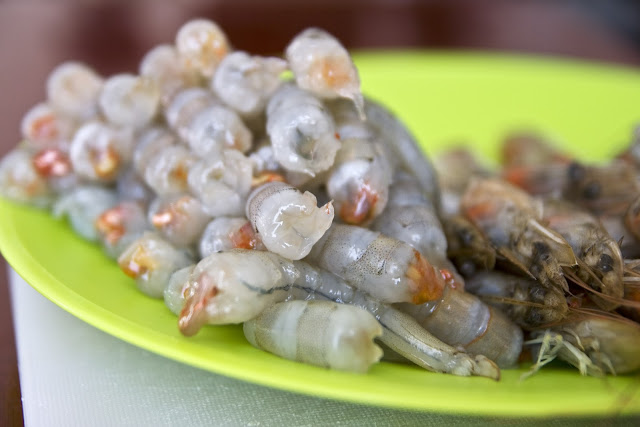 If want to save the dumplings for later, you can package them up in a freezer bag up to 3 months. I highly suggest dusting with a light coat of flour so the dumplings don’t stick to one another.

The chili oil on the right is my favorite brand! 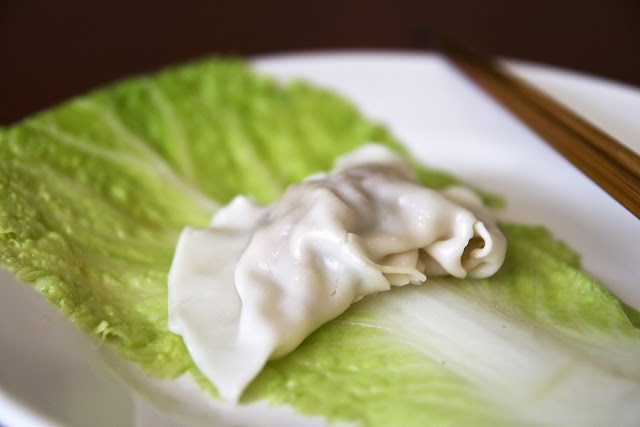 I have some exciting news.. I finally got around to creating my YouTube Channel and my first video is a demonstration on how to make these dumplings! I figured since Chinese New Year is also technically the start of a ‘new year’, why not add some new features to A Taste of Koko?

I have no idea how YouTubers do it. Videotaping, voice auditing, editing, ect.. is hard work. Blogging is so much easier. I had to refilm many times, especially since lighting is much more finicky on a video camera than on a DSLR. Also, I always knew I was a camera shy person but who knew I’d be even more shy on video camera. Nevertheless, please leave me comments & critique. I want to hear the good and the ugly!

I hope everyone is staying warm && Happy Chinese New Year! Back when I was a little kid, we use to say to each other ‘恭禧發財, 紅包拿來,’ which means ‘Congratulations and be prosperous, now give me a red envelope!’ 🙂